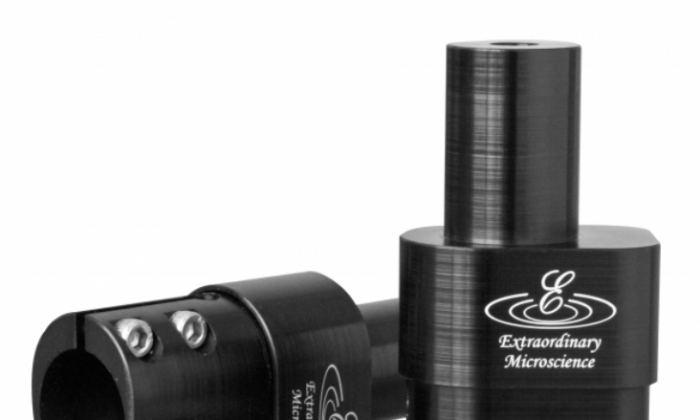 With growing awareness for energy conservation and carbon reduction, more and more people are coming to the realization that the task of saving the environment is upon them. In his 60s, Mr. Zeng has had 30 years of experience in the media industry.

He has recently picked up the habit of cycling to work and on his friend’s recommendation, Mr. Zeng bought and installed the Gripfast stem shock absorber on his bicycle. According to him, the product made his daily 20km commute “immensely more comfortable and pleasant” and made him enjoy cycling even more.

In recent years, for reasons of exercise and physical fitness, more office workers in the cities have converted to using bicycles as an alternate means of transportation.

As more bicycle routes become available, more commuters have given up taking the MRT/bus in order to save waiting time and opted to go for bicycles as the environmentally friendly alternative form of transportation even in the crowded Taipei City.

For cyclists, time spent on commutes is equivalent to time spent on exercising. Whilst peddling away on their bikes, the commuters not only get to benefit from physical exercise as they traverse the alleys and lanes of the city, but also witness the changes in the urban landscape and scenery.

Even on rainy days, the experience could be surprisingly soothing and stress relieving.

For Mr. Zeng who lives in Zhonghe and works in the Xinyi District, the round trip is approximately 20km in length and only takes him about 40 minutes each way.

Compared to taking the MRT or buses (which require him to transfer), cycling is the faster option. “I used to ride to work on a motorcycle and found myself having to make my way through the river of traffic in the midst of buses and cars. Cyclists, however, have their dedicated bicycle lanes and it is much safer to go on those routes when you have to deal with the rush hour traffic,” Mr. Zeng noted.

The tradeoff of convenience

However, bicycle routes have yet to be fully completed and those commuting between Taipei City and New Taipei City on a daily basis still have to endure the uneven road surfaces and bumpy sections. “There are roads and bridges that have been damaged over years of use while some sections have other issues such as oversized gaps and loose railings.

Not only that, some of the bicycle routes have overlapping sections with pedestrian paths and therefore have been paved with different materials such as bricks and cement and these sections are very bumpy. Some asphalt roads are also far from even due to various construction and repairs on underground pipework.”

It seems that being a carefree city rider isn’t as easy or pleasant as it may appear; one must be able to avoid potholes and circumvent bumpy sections, which is more of a test on the cyclist’s control and focus. Prolonged exposure to vibrations from uneven surfaces could also have adverse effects on the cyclist’s shoulder and neck muscles.

Being a city rider is not a dream

Lucky for Mr. Zeng, a coworker recommended an MIT bicycle part to him: a stem shock absorber that is compact in size but has stood up to the stringent tests of 100,000 vibration cycles for compliance with EU requirements.

After a month of use, Mr. Zeng noticed that on sections that used to be too bumpy or areas paved with cobblestones that he previously had to avoid, he could barely feel any vibration with Gripfast installed on his bike.

He emphasized, “Now when I ride over potholes or sections covered with stones, I can see the potholes/stones, but when I ride over them, I can barely notice the vibrations. In fact, not only did the handlebar seem to vibrate less, but the entire bicycle was significantly steadier. It is as if all the vibrations from the road surface have been absorbed by Gripfast.”

Now with Gripfast, Mr. Zeng no longer has to avoid potholes and uneven road surfaces or make his way around bumpy sections.

He is now better equipped to fully enjoy the pleasure and joy of being a city rider. Based on his own experience, he is more than willing to recommend this wonderful shock absorber from Extraordinary Microscience because “The significant improvement in riding comfort and pleasure will make one enjoy cycling even more!”