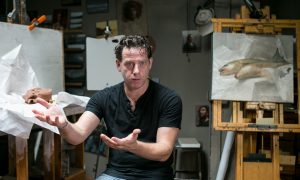 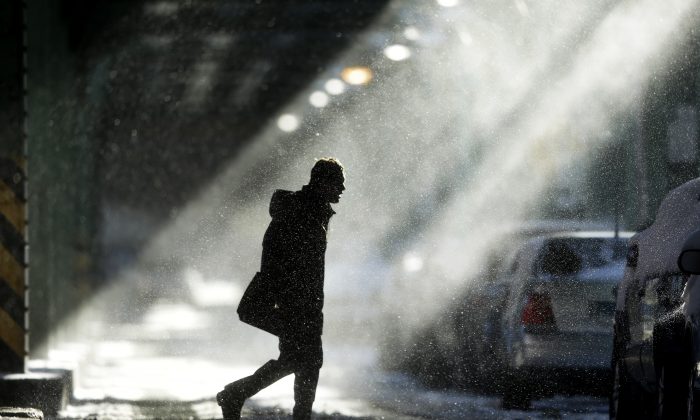 The sun illuminates windblown snow as a man walks under elevated train tracks, Wednesday, Jan. 22, 2014, in Philadelphia. A winter storm stretched from Kentucky to New England and hit hardest along the heavily populated Interstate 95 corridor between Philadelphia and Boston. (AP Photo/Matt Rourke)
Careers

A trick question: What do you do when you earn a bachelors degree in government and politics at George Mason University in Virginia? You learn how to take great pictures and become a professional photojournalist.

Well, not really, but that has indeed been the path of Matt Rourke. After some freelancing in Texas he joined the Associated Press in 2006 and produced a long stream of shots of Philadelphia and the East Coast in general, some of them outright impressive.

So here’s a dozen that caught my attention. Mostly from Philly, yet one Virginia, one New York, and one New Jersey shot found their way in.

I must say I like Rourke’s simple compositions. Just one or two people nicely standing out from the background, yet fitting in the background, even interacting and creating the atmosphere and telling the story. It may be that some people like busier pictures. I like the simple ones.

As four of the pictures feature snow, they may conjure up an image of Philadelphia winters getting worse lately. That wouldn’t be altogether untrue. Since 1949, only three years saw over 25 inches of snow, according to Weather-warehouse.com. Two of them were 2011 and 2014.

Still, two of these snowy pictures are actually from New York and New Jersey. Philadelphia winters continue to be relatively mild.

But enough of meteorology. What do you think of Rourke’s photography? And from a broader perspective, where is the threshold between simplicity and banality? Perhaps if the sneakers were not covered in snow, I wouldn’t have even noticed the photo. But there were and I did and my credit goes to Matt Rourke.