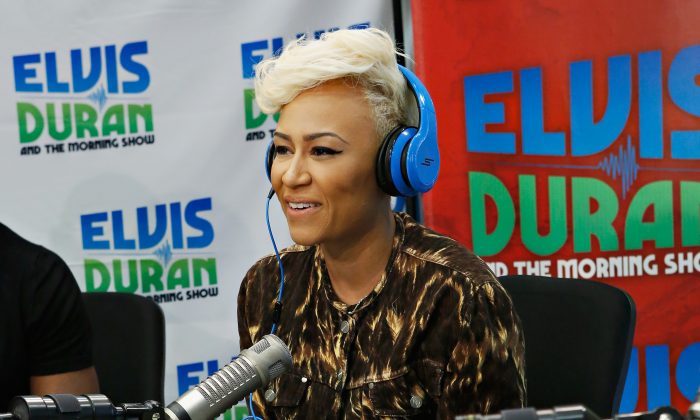 Beatles record broken: The debut album from singer Emeli Sande has lasted 63 weeks in the top 10 U.K. album charts, beating out an album from Beatles, which held the record for half a century.

The Beatles held the record with their 1963 album “Please Please Me” before Sande’s album, “Our Version of Events,” took it on Sunday, reported the Daily Telegraph.

“This record is so significant to me for many different reasons. I’m so happy and I’m thankful to you all. We made history!!” the singer wrote on Twitter this week.

“It feels quite surreal to even have your name mentioned in the same sentence as The Beatles,” Sande, 26, told the paper.

“Our Version of Events” won British album of the year at the Brit awards this year. She also was called best British female solo artist.