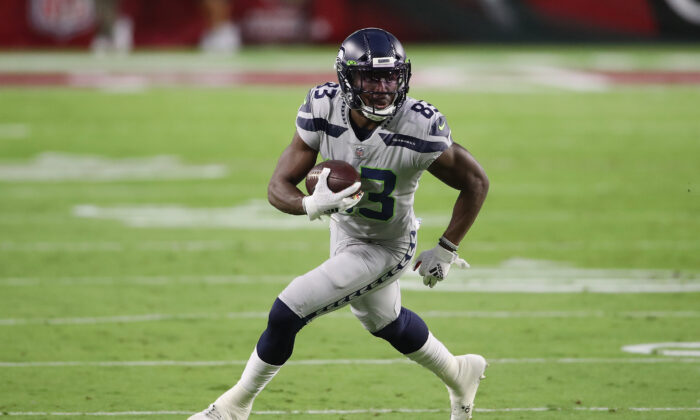 Wide receiver David Moore (83) of the Seattle Seahawks runs with the football after a reception against the Arizona Cardinals during the NFL game at State Farm Stadium in Glendale, Ariz., on Oct. 25, 2020. (Christian Petersen/Getty Images)
NFL

KXII reported Wednesday that Moore was arrested Monday in his hometown of Gainesville, Texas.

The 27-year-old posted a $5,000 bond and was released the same day, according to the report.

Moore signed a one-year contract with the Bears in April.