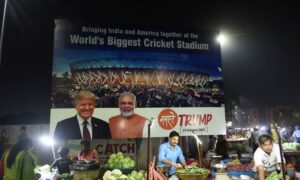 TERRACE BAY, Ontario—Police say they had to put down a mother bear that wandered into a northern Ontario restaurant with her cubs and started knocking over products in a storage room.

Ontario Provincial Police said Thursday that they were called to Station Two, a casual dining restaurant in Terrace Bay, Ontario, on Wednesday after the animals entered an open back door.

They say the restaurant had a few customers at the time, but employees managed to close a door before the mother and her two cubs could approach them.

Police say the mother bear had to be killed, while the cubs were captured by Ministry of Natural Resources officials and relocated to a bear sanctuary.

They say all customers were safely evacuated from the restaurant and no one was injured.