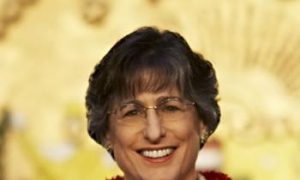 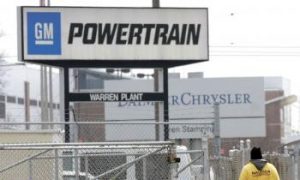 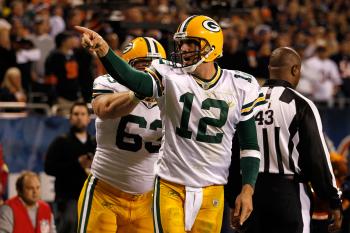 In a swirling wind and snowy conditions, the No. 2 seeded Chicago Bears hung on to defeat the No. 4 seeded Seattle Seahawks 35–24 at Soldier Field in the second NFC divisional playoff game of the weekend.

The NFC North champs will now host their divisional rival, the sixth-seeded Green Bay Packers, at 3 p.m. EST next Sunday at Soldier Field for the NFC title. It should be a grudge match of epic proportions as both teams have looked dominant in the postseason and will be facing each other for the third time this season.

Bears quarterback Jay Cutler had a strong outing, completing 15-of-28 passes for 274 yards and 2 touchdowns. He also rushed in for two touchdowns. Cutler got excellent protection from his offensive line and carved up Seattle's defense, particularly in the first half, as he got his team out to a 21–0 halftime lead.

Equally impressive was Chicago's defense which harassed quarterback Matt Hasselbeck all game long and limited the Seahawks offense to only 3-of-14 conversions on third downs. They only yielded 34 rushing yards to the NFC West champs.

The Bears broke out early, scoring on a three-play, 66-yard drive that concluded with a 58-yard touchdown pass to tight end Greg Olsen at 12:08 in the first quarter.

Chicago put together another strong drive at the end of the quarter that culminated in a 1-yard touchdown run by running back Chester Taylor.

Before Seattle had time to recover, Cutler led his team on a nine-play scoring drive, taking it himself into the end zone on a 6-yard run at 10:01 in the second quarter. The then scampered for another touchdown at 4:12 in the third quarter, making it look easy.

Under an onslaught of Chicago scoring, the Seahawks finally managed to put points on the board in the closing minutes of the third quarter after kicker Olindo Mare booted a 30-yard field goal at 1:52, cutting Chicago's lead to 28–3.

Hasselbeck did his best to get the Seahawks back into game, connecting with receiver Mike Williams for a 2-yard touchdown and then a 3-yard touchdown at 11:21 and 2:16 in the fourth quarter respectively. He also threw a 9-yard touchdown to receiver Brandon Stokley at 1:27.

But despite the late scoring, it wasn't enough as Cutler and tight end Kellen Davis hooked up on a 39-yard touchdown at 4:40, putting the game out of reach.

Packers Dominate No. 1 Seeded Falcons
The Green Bay Packers continued their road dominance on Saturday by steamrolling the No 1. seeded Atlanta Falcons 48–21 at the Georgia Dome on Saturday night.

"We knew that we were going to have come in and play at a very high level. We're a very confident football team, we've definitely hit our groove, we're very, very proud of what we accomplished here today, and we’re looking forward to next week,” said Packers head coach Mike McCarthy on www.packers.com.

The Packers overwhelmed the Falcons on both sides of the ball, amassing 442 yards of offense while limiting Atlanta to only 194 yards. Green Bay also forced two turnovers, sacked Atlanta QB Matt Ryan five times, and limited the Falcons on third down conversions to 3–for–10.

Packers quarterback Aaron Rodgers had a stellar outing, completing 31-of-36 attempts for 366 yards and 3 touchdowns. He also had a 13-yard rushing touchdown.

Other stars of the game for Green Bay included last week's hero on defense—cornerback Tramon Williams. Williams had two interceptions, including a 70-yard touchdown at the close of the first half.

Coach McCarthy praised Williams's play saying, "He [Tramon Williams] has clearly played at a Pro Bowl level, there's no question about it. To see your big time players step up in the prime time games, that's what it's all about."