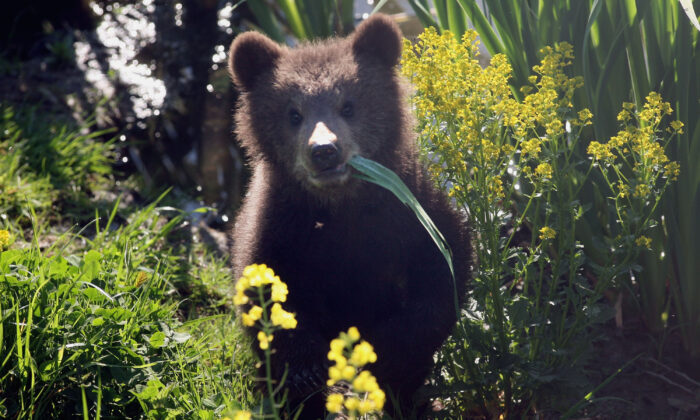 MONROVIA, Calif.—A bear, possibly pregnant, has taken up residence under a house in Monrovia and may give birth soon.

Jerry Shutman told City News Service he was awakened by his barking dog Monday morning, Dec. 13, and saw a bear, accompanied by her cub, “tearing up the grass and some of the plants that were nearby” in the backyard of his home in the 700 block of Oakglade Drive.

The bears had opened the gate and were pulling the greenery under the house “like they were making a nest,” in the crawl space, in what Shutman called the “tip-off” to his suspicion that she may give birth soon.

Worried that the bear would be under the house for a while, Shutman said he called the police. The responding officer suggested Shutman use ammonia to keep the bear away, he said.

Shutman said he bought some ammonia and put it near the crawl space but “with the rain coming on, the ammonia didn’t do any good.”

Shutman said he again saw the bear Tuesday morning but said in an interview Tuesday night “I haven’t heard her for a couple of hours.”

Shutman said he is “a little bit concerned” the bear may “do some damage when she’s under there.”

The bear has torn up some of the insulation.

“I worry a little bit about the electrical wiring, but so far, there hasn’t been anything like that,” Shutman said.