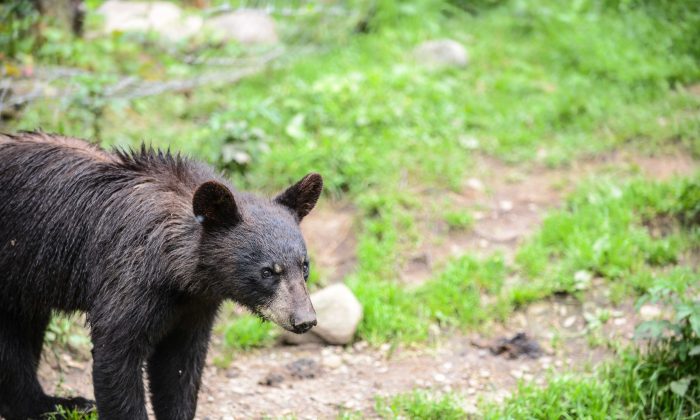 A bear entered a bar recently in Colorado as it was trying to rummage through a nearby dumpster, according to reports. The black bear apparently went inside Lonigan’s Bar in Estes Park, but patrons didn’t mind.

CBS Denver reported that the bear walked into the bar and owner David Callahan estimates it weighed around 300 pounds.

“I guess nothing seemed palpable so he just kept going,” Estes Park local Daniel Lyell told CBS. “He didn’t think too long before he started walking into the bar.”

He added: “I followed him back to these back doors.” He added, “I tried to holler, ‘Bear!’ so people could hear me. They were oblivious. He kept wandering up to the middle bar where all the patrons were.”

Callahan, the owner, said that since “we are in the Rocky Mountains, it’s their territory not ours.”

“Nobody even knew it was there,” Callahan told the Estes Park Trail Gazette. “I just missed seeing it. I was cleaning up and had just taken out the trash.”

The incident, which took place last Thursday, resulted in no injuries, reported KDVR-TV.

A local resident helped get the bear out of the building.