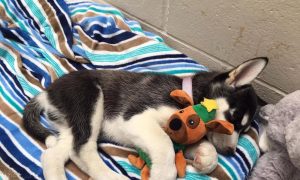 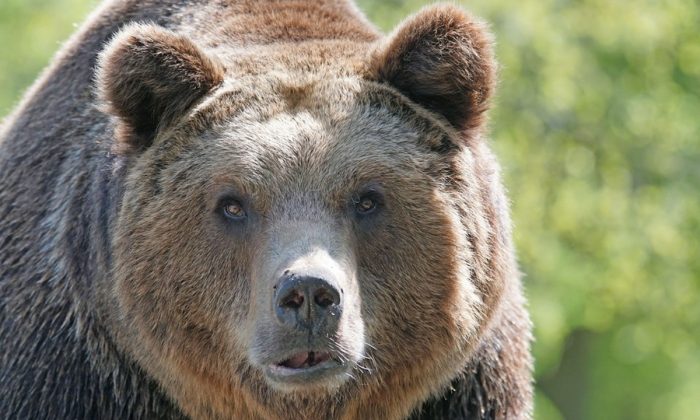 Utah wildlife officials are searching for a bear that bit a sleeping 13-year-old on the face at a campground in the Moab area.

The incident happened on Aug. 9 along the Colorado River in the Dewey Bridge campground, the Utah Division of Wildlife Resources said in a Facebook post.

“The young man was injured on his right cheek and his right ear and was transported to a hospital for treatment. We are currently working with USDA-Wildlife Services and using dogs and traps in an effort to capture the bear,” it said.

He told officials the bear was about his size, which would make it a smaller bear, reported KUTV.

Officials found the bear’s tracks in the sand along the river. Because it attacked a human, it will be euthanized when it is located, officials said. The campground has been closed, and warning signs will be posted in the area.

While bears often attack out of surprise or defensiveness, they can also target humans out of predation, according to the National Parks Service. Unlike surprised or defensive bears, stalking bears are ready to attack at anytime, so the best option is to seek shelter or be prepared to fight with everything you have, NPS said.

In a similar story last month, a bear attacked and bit a staff at a wildlife adventure resort in Pennsylvania.

The bear attack took place at Nemacolin Woodlands Resort in Farmington, Pennsylvania, about 60 miles south of Pittsburgh. On the morning of July 20, a Himalayan bear reached through a wire fence to pull a female staff toward itself and bit the staff’s arm, said the resort in a statement.

“There were two levels of wire fencing at the bear enclosure, and the associate was standing between the two when the incident occurred,” the statement said.

Responders engaged the animal in order to free the staff member. Afterward, the victim was stabilized by a nurse and flown by helicopter to a nearby medical center.

“We deeply regret this incident,” Maggie Hardy Knox, president of Nemacolin Woodlands Resort, said in the statement. “Our thoughts are with our injured associate, and our staff and guests, as we focus on ensuring they receive the finest medical attention and counseling.”

The bear was not put down but has been isolated within the bear enclosure.

The resort features a safari tour that allows visitors to get “close and personal” with some of the Wild Academy’s animals. Visitors can feed and pet various breeds of sheep, cows, and goats before feeding the wolves, tigers, lions, and buffalo. The advertisement that reads “Don’t forget the bear enclosure, where we hear the bears enjoy eating marshmallows” has been taken down from the resort’s website since the bear attack.

The CNN Wire and NTD reporter GQ Pan contributed to this article.