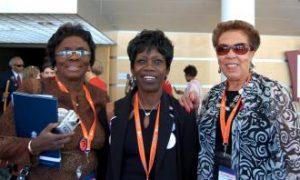 [youtube]UzZTevtRTNw[/youtube] Bears Rescued from Torturous Bile FarmChinese rights groups have opposed the financial expansion of a company that extracts the bile from bears, and have called for the whole industry to be shut down.

The company produces products that use bile extracted from live bears, on an ongoing basis. Critics of the practice argue that the process of extraction is extraordinarily cruel and that the products are of dubious medicinal value.

Guizhentang, the pharmaceutical company, wants to raise capital to farm 1,200 black bears for the manufacture of about four tons of bear bile powder annually.

Animals Asia Foundation stated in the declaration :  “Bear bile farming is a cruel industry that involves bears being milked for their bile through crude holes that are cut into the abdomen wall and into the gall bladder. These wounds are deliberately left open, leaving the bears subject to bacterial infection and disease.”

Qiu Shuhua, the founder of Guizhentang, responded by saying that its bear farming operations, performed on live bears, have been approved by authorities.

“Opposing us is equal to opposing the country,” Qiu said.

That statement generated shockwaves through the media; many were critical of the statement and the company.

According to an article in the Feb.18 issue of Time Weekly , a corner of the Animals Asia Foundation's Longqiao Black Bear Rescue Center in Chengdu, Sichuan Province, serves as a cemetery for the graves of 111 bears and is continuing to expand.

A third of the bears had died of liver cancer, while others had died of cardiopulmonary failure, and other diseases related to cage confinement.

Animals Asia Foundation statistics reveal that about 7,000 bears in China have been subject to the extreme practice of bear bile extraction.

Time Weekly’s article featured San Guoyan, a man who had farmed black bears for five years. Each of the four bears he had raised lived in filthy cages of 80cm x 120cm in diameter (31.5 inches x 47.24 inches.) The larger bear was confined to always face in one direction only.

San said, “These bears would die of liver cancer 100 percent of the time, with three quarters of them suffering from mental disease.” He said that bile bears can only live two-thirds the length of a normal bear’s life, at the most.

One of the caged bears he monitored was very intelligent and could take off any iron vest put on him. San had to have a 30kg (66-pound) stainless steel vest specially made for that bear.

Another bear had not been able to move in his cage for such a long time that it cracked: the bear would repeatedly bang its head against the cage until the head was covered in blood.

Every bear experienced gallbladder atrophy and a slow death. When this happened, the article said, villagers would put a 220v electric wire into a dying bear’s mouth, and the bear would bite down on the wire, uncontrollably clenching down on it tighter and tighter, and die of electrocution in two minutes.

Li Zhiyou, an exiled Democratic Party activist, told The Epoch Times that he had frequently witnessed cruelty to animals in China.

He thinks that opposition to Guizhentang going public indicates that people are developing an ever-increasing awareness of guarding their own rights, as well as those of animals.

Lu Di is president of the China Small Animal Protection Association and a professor at Peking University. Lu told The Epoch Times that the association is going to present the case before the State Forestry Administration. “We will fight with Guizhentang and will launch an online petition.

“The statement of ‘opposing live bear bile extraction is against the country’ is ridiculous. Can she [the founder, Qui] represent the country and the government? If so, how could the People's Republic of China face the civilized world?”

Ms. Gu, a staff member of the China Small Animal Protection Association told The Epoch Times that bear bile pharmaceutical companies have exaggerated the medicinal value of bear bile, and that in fact, some veteran doctors of Chinese medicine do not think it has much medicinal value.

Instead, diseases carried by the black bear could very likely cause secondary contamination during the extraction process, threatening the health of those ingesting the bile products.

Professor Lu thinks the fact that the Chinese authorities have not completely banned the practice of live bear bile extraction has made China “lose face” in front of the world.

“It is time now for China to decide whether the practice of live bear bile extraction should continue to exist or not,” she said.