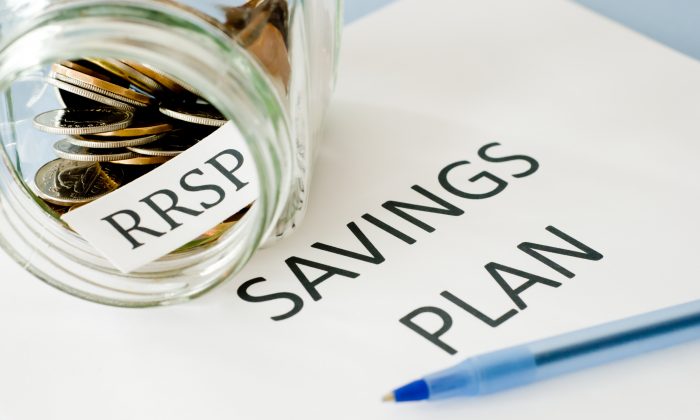 Less than two weeks remain for Canadians to contribute to their RRSPs for 2016. (Fotolia)
Business & Economy

Be Wary of Incurring Debt to Invest in RRSP, Financial Experts Say

TORONTO—When Patrick French was about 18 years old, he got a hot tip about a gold mining stock.

The problem was he was a student with no money, but he still wanted to cash in on the “can’t miss” opportunity for his RRSP.

“I broke some fundamental rules for what was promised to be a brilliant idea,” said French, director of retirement and financial planning at investment firm Edward Jones.

“Within 12 months, the stock was effectively worthless. It was one of those things where at the time, it was a very expensive lesson—invaluable really.”

Not only did French lose his investment, he lost his RRSP contribution room. He also now had more debt.

Today, French tells clients that more often than not it’s a bad idea to incur debt, or ignore debt, to invest in an RRSP.

“You have to believe that you can consistently earn a higher rate of return than you can by paying down the debt,” he said.

“That’s why regardless of your age, paying down your debt is always a good financial strategy.”

As the March 1 deadline looms for RRSP contributions this year, many Canadians will be thinking about how much they want or are able to contribute to their retirement savings.

An example of bad debt is credit card debt, which often carries an interest rate around 20 percent. Mortgage debt, on the other hand, could be considered good debt if interest rates continue to stay at current historic lows.

As a general rule, it’s a good idea to tackle bad debt first because any tax savings you may receive from an RRSP contribution will likely not exceed the interest costs a credit card company charges.

Financial adviser Sara Zollo believes in a slightly different school of thought. She encourages her clients not to neglect their retirement savings just because they have debt.

“One of the biggest mistakes you can do is ignore your savings and just pay down the debt,” said Zollo, who works at Sun Life Financial Canada.

Even putting aside as little as $20 a month is enough to help kick-start an RRSP.

“I can’t tell you how many times clients are surprised with how much money they have put away by the end of the year,” she said.

Zollo says putting money away in an RRSP may also be advantageous for those in a high-income tax bracket because it creates a deduction on the amount of taxes that are owed.

“If you can minimize taxes paid down today, you have more money today,” she said. “With the refund, you can put that towards your debt, and then you’ve done both—saved in your RRSP and paid down some of your debt.”

But like with any major financial decision, Zollo says it’s best to consult with a professional first.