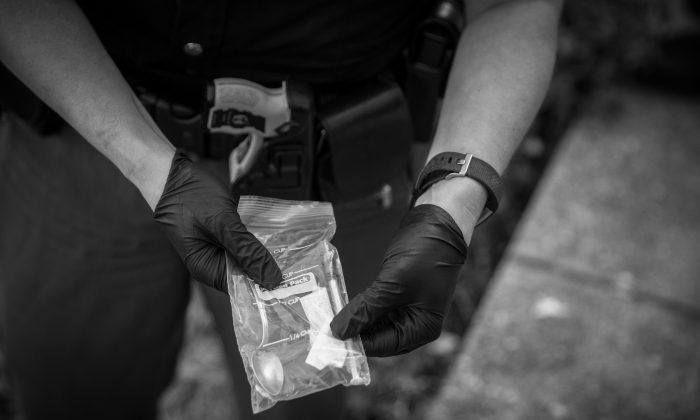 A North Carolina father is speaking out after finding his son dead from an apparent drug overdose.

A recent conversation led Holladay to believe that Layton had turned a corner but on Feb. 6, he heard his son’s alarm. And it kept going.

“His alarm went off at 5:30 this morning and kept beeping and getting louder and louder, where it woke me up,” Holladay told WRAL.

I had the privilege of coaching Layton in baseball for several years. His brother is on Harrison’s team at NRCA. Prayers for his family. “Father warns others after finding teenage son fatally overdosed” https://t.co/tV401ClOMt

When Holladay went into Layton’s room, he found his son dead.

Layton apparently took a mixture of drugs and died sometime during the night.

He said he’s speaking out to warn others about how drug addiction can be deadly. His son just started using in December 2017.

“We’re talking 14 months that he started. He started with vaping and then it became marijuana and then it became Xanax,” Holladay said. “I think if Layton could send a message, he’d say, ‘I love you’ to us, to his friends. And I think he would tell them, ‘Be scared of drugs. Be scared.'”

The life expectancy for Americans born in 2017 slightly decreased from the year before, prominently reflecting the increase in deaths from opioid overdoses, according to data released by the Centers for Disease Control and Prevention (CDC).

The leading factor is the rising death rate for unintentional injuries, which includes unintentional drug overdoses. The overdose death rate has skyrocketed in recent decades, tripling since 2000, and largely prompted by the proliferation of prescription opioids. Over 70,000 people died of drug overdoses in 2017, according to the CDC. The numbers, however, have started to taper off in 2018, provisional data shows.

On the other hand, the rates decreased for the two top causes of death: cancer and heart disease.

The life expectancy of Americans has been improving for decades, and for older folks, it still is. An average 65-year-old could expect to still live for 19.5 years in 2017—about 7 weeks more than the year before and about 19 months more than in 2000.

In fact, death rates have declined for all age groups since 2000—except one. For people between 25 and 34, the death rate has increased by nearly 23 percent. It has also been the age group with the steepest increase in drug overdose rates.
Epoch Times reporter Petr Svab contributed to this report.