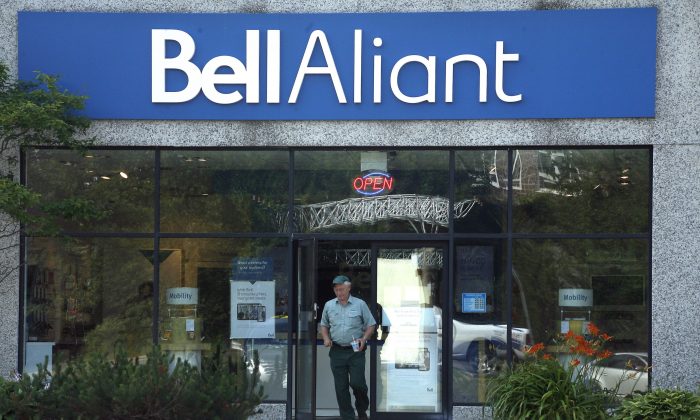 MONTREAL—Canada’s biggest telecom company, BCE Inc., is buying the stake in Bell Aliant that it doesn’t already own for $3.95 billion (Canadian) in cash and stock, but will keep the brand’s presence in Atlantic Canada.

BCE Inc., which already owns 44 percent of Bell Aliant, announced the plan to take the company private with an offer worth $31 per share.

“The Bell Aliant brand will stay where it is,” Bell Aliant chief executive Karen Sheriff said July 23 on a conference call to provide details about the deal.

“I think what this really does is take that local expertise and commitment that we’ve always had and put the full backing behind us of BCE to make us very, very strong as we move forward to help us keep being the ‘preferred guy’ in each of our local markets.”

No job cuts were announced as a result of the deal.

Under the offer, Bell Aliant shareholders may choose between $31 in cash, 0.6371 of a BCE common share, or a combination of cash and stock. BCE said the total amount paid will be 25 percent in cash and 75 percent in shares.

“The deal has been speculated for a long time, does not require regulatory approvals, as BCE already controls Bell Aliant, and is at the high end of the fairness approval range, we assume a quick close,” Ghose wrote in a research note.

Ghose also said the deal should be financially advantageous for BCE and also should help it raise its dividend in 2015.

“But the deal will also have a negative impact on BCE’s asset mix and growth and highlights BCE’s weakness,” he said.

“Consequently, as with the CTV and Astral acquisitions, we envisage near-to-medium term accretion but longer term declines. The deal therefore suggests to us that BCE has to continue to acquire to grow dividends, unlike its nearest peer Telus, which has targeted at least 10 percent annual DPS [dividend] growth to 2016.”