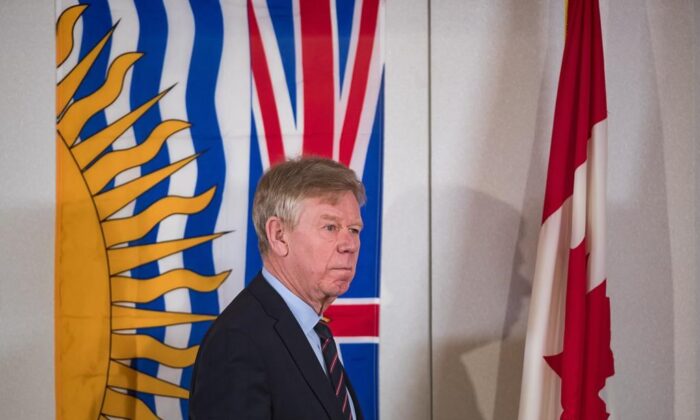 Commissioner Austin Cullen looks over the hearing room before opening statements at the Cullen Commission of Inquiry into Money Laundering in British Columbia, in Vancouver, on Feb. 24, 2020.(Darryl Dyck/Canadian Press)
Canada

VANCOUVER—British Columbia’s government says money laundering has distorted the economy, fuelled the opioid crisis and overheated the real estate market as a provincial inquiry into the criminal activity began today.

Jacqueline Hughes, a lawyer for the province, says the past cannot be undone but the government can take steps to make B.C. the most difficult jurisdiction to launder money.

B.C.’s NDP government called the independent inquiry last year after three reports revealed that casinos and horse racing as well as the real estate and luxury car markets had become laundromats for the proceeds of crime.

Commissioner Austin Cullen is hearing opening remarks this week, with Hughes the first to speak on behalf of the province’s Finance Ministry and gaming policy enforcement branch.

Hughes says B.C. has earned an international reputation as a haven for money laundering and the public deserves to know if there was wilful blindness to what was going on.

She says the government has taken steps including creating a beneficial ownership registry to try and block those buying real estate from hiding behind numbered companies, but it is looking forward to the inquiry’s recommendations.