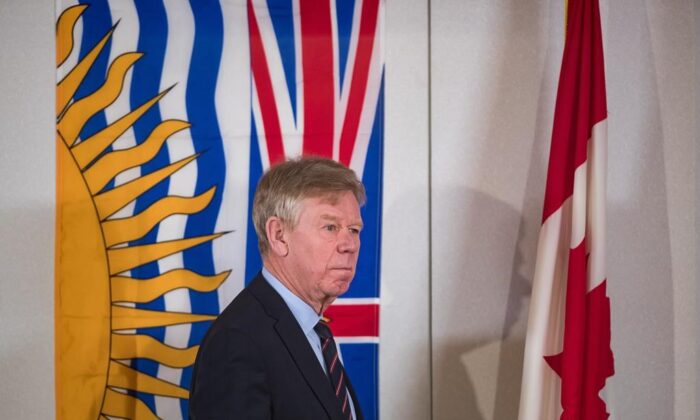 Commissioner Austin Cullen looks over the hearing room before opening statements at the Cullen Commission of Inquiry into Money Laundering in British Columbia, in Vancouver, on Feb. 24, 2020. (The Canadian Press/Darryl Dyck)
Canada

BC Money Laundering Public Inquiry Report, Recommendations to Be Released

A report being released today is expected to explain how billions of dollars in suspected illegal cash was funnelled into British Columbia’s real estate sector, casinos and luxury car market.

It came after several reports concluded cash linked to organized crime and the drug trade affected B.C.’s gaming sector and heard that hundreds of thousands of dollars in “dirty money” was hauled into the province’s largest casino in backpacks, shopping bags and suitcases.

The inquiry’s mandate was to make findings of fact and recommendations, determine the growth and methods of money laundering and find out if regulatory agencies or individuals contributed to the problem.

Two former senior gaming officials said they raised concerns more than a decade ago with gaming and government officials, including cabinet ministers, about increasing amounts of suspicious cash appearing at Vancouver-area casinos.