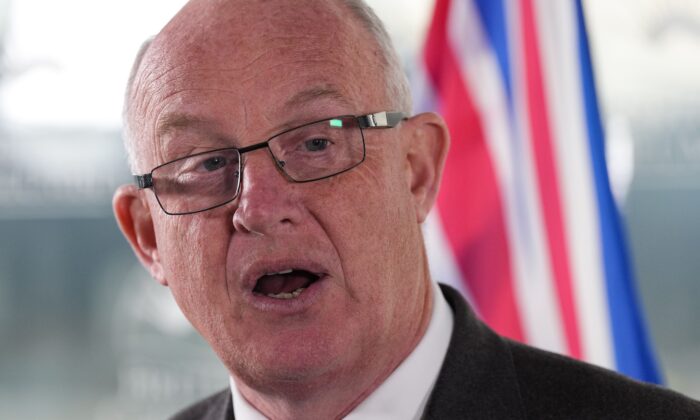 In a press release on July 21, the B.C. government says it is ending its deal with the CBSA to hold immigration detainees in provincial correctional centres.

Mike Farnworth, the province’s public safety minister and solicitor general, said in a statement that he requested a review last fall to examine aspects of the arrangement including its effect on public safety.

“As part of the review, BC Corrections engaged with multiple external stakeholders and advocacy groups, including Amnesty International and Human Rights Watch, and incorporated their input,” he said.

Farnworth said the review concluded that the arrangement does not align with his government’s commitment to upholding human rights and “pursuing social justice and equity for everyone.”

Farnworth noted BC Corrections will provide CBSA with the 12 months’ notice of termination that is required under its current contract and develop a “safe and efficient transition plan” with the agency to ensure public safety.

The Epoch Times reached out to the CBSA for comment but the agency said it could not respond by deadline due to the high volume of requests.

According to the CBSA website, the Immigration and Refugee Protection Regulations determine the factors for the agency on whether or not to detain an individual.

The CBSA website also states officers must review the reasons for detention within 48 hours, and that they may release detainees with or without conditions depending on the circumstances.

Once someone is detained for more than 48 hours, the Immigration Refugee Board of Canada (IRB) takes over, reviews the case, and then decides if the individual should remain in detention or be released. The IRB will review each case within seven days and then every 30 days.

South of the border, some states have also enacted policies that diverge from the federal government’s approach to law enforcement when it comes to illegal immigration.