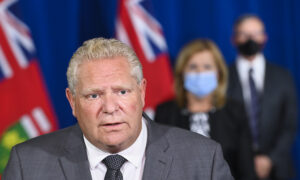 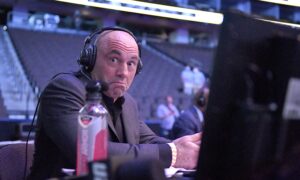 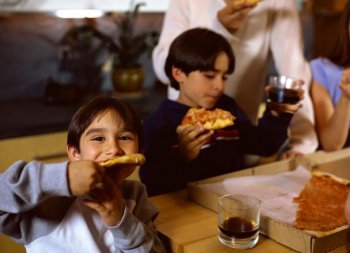 New Westminster City Council voted unanimously to pay its employees $16.74 per hour, a figure based on what it takes to keep a family of two working adults and two children above the poverty line in New Westminster. (Photos.com)
Canada

By Joan Delaney
Print
A few weeks ago, a small city just east of Vancouver did something unprecedented in Canada—it enacted the country’s first living wage bylaw.

New Westminster city council voted unanimously to pay its employees, both full- and part-time, $16.74 per hour, and requires its contractors who work on city-owned property to do the same.

That figure is based on what it takes to keep a family of two working adults and two children above the poverty line in New Westminster.

Those working for the city will not be impacted by the new policy as their wages are already above that amount. Where it will make a difference is to the contractors, says Seth Klein, the B.C. director of the Canadian Centre for Policy Alternatives (CCPA).

“It’s all about the contractors. That’s where the rubber hits the road with the living wage. It’s about janitorial contracts and food service contracts and security guard contracts—this is where so many low-income and immigrant parents work,” he says.

The CCPA has been campaigning along with the Living Wage for Families Coalition for a living wage—as opposed to the minimum wage—paid by large employers in both the public and private sectors. The coalition is comprised of unions, church groups, and social agencies that advocate for the working poor.

At $8 an hour—and a $6-per-hour training wage—B.C. has the lowest minimum wage in Canada, one that has been frozen since 2001. Critics say this is directly linked to child poverty. For six years running, B.C. has had the highest level of child poverty in the country.

The living wage established by the CCPA for a family in Metro Vancouver—one of the most expensive cities in the country—is $18.17 per hour. Although much more than the minimum wage, given the cost of rent and child care it is still modest, says Klein.

He says he hopes other cities will follow New Westminster’s lead, which is what happened in the United States after Baltimore adopted that country’s first living wage policy in 1994. Today there are about 140 U.S. municipalities, including San Francisco, Los Angeles, and Washington, D.C., that have various kinds of living wage policies.

But the concept of a living wage has its critics, one being Niels Veldhuis, director of fiscal studies and a senior economist with the Fraser Institute. He says the experience in the U.S. has shown that the practice has a negative impact on employment.

“For every 10 percent increase in the wage rate—in the artificially set wage rate—you’re losing about 2 percent of employment. So there is quite a decrease in employment both in terms of the number of hours that are worked and then secondly the number of jobs available.”

Veldhuis says a living wage can also have the effect of driving up property taxes and result in cuts to services. He alleges that in the U.S., unions are largely behind the push for a living wage because, by increasing the cost for contractors, it decreases the incentive for municipalities to contract out services.

Living wage policies have had “a very minimal impact” on reducing poverty in the U.S., he adds.

“If we get back to policies that create a robust labour market, a robust investment climate—that’s what’s really going to help us get people out of poverty.”

Advocates of a living wage argue that it is not only an effective way to fight poverty but reduces staff turnover, increases productivity, boosts morale, and improves customer service. It also boosts local economies because the extra money is spent locally.

Klein says that for the living wage to reduce poverty it has to be implemented on a broad scale. He points to London as a “living wage city” where a number of corporate and public companies have become living wage employers.

“The citizens’ campaign that has led this in London can point to tens of thousands of families with children who have seen an increase in their income as a result of these policies,” he says.

In Canada, the issue is just beginning to find its legs. A campaign for a living wage in Ottawa is ongoing, while Waterloo’s city council has delayed a decision on its motion until next year. Calgary, however, decided not to proceed with a living wage policy.

Klein says New Westminster’s decision is “the beginning of the domino.”

“People are talking about it in Vancouver and Burnaby and Surrey and Richmond and Victoria, and people are taking note of the New Westminster decision across the country. I see it on e-mail traffic where people who have been doing living wage and minimum wage work across the country are quite excited about what’s happened here.”