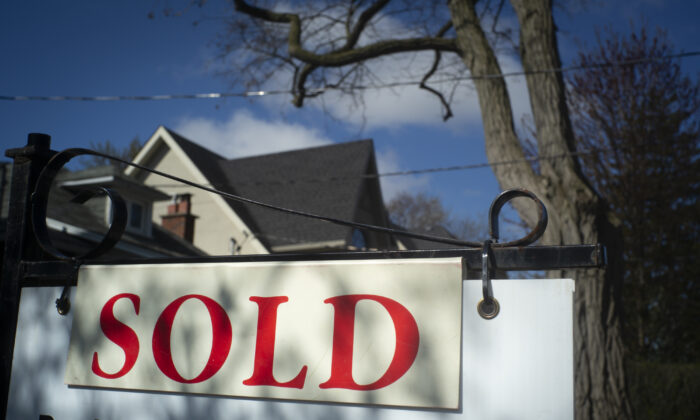 A real estate sold sign is shown in a Toronto west end neighbourhood on May 16, 2020. (The Canadian Press/Graeme Roy)
Canada

PENTICTON, B.C.—The mayor and council of Penticton, B.C., offered an official apology and voted to reimburse a woman almost $141,000 after the city sold her home well below assessed value in order to collect a $10,000 property tax bill.

The city called a special council meeting Tuesday to discuss the recommendations that were made last week in a report from the provincial ombudsperson.

Mayor John Vassilaki says in a statement the home was sold in an “unfortunate set of circumstances” that occurred because of provincial legislation.

He says the city acknowledges the part it played in the incident and is committed to working to improve provincial legislation, but is was  “disappointed” in the ombudsperson’s conduct and report.

Jay Chalke’s report said the 60-year-old woman had the money to cover the tax bill but her personal challenges made it difficult to pay and the city sold her home for $150,000, even though its assessed value was $420,000.

Chalke released a statement Tuesday saying he was pleased council accepted his recommendation to compensate the woman, and the outcome “clearly demonstrates that it’s never too late to do the right thing.”

Chalke’s report said the results of his investigation into the case were “disturbing,” and it called for significant changes in the way municipalities in B.C. use such sales to collect outstanding property taxes.

His report recommended the city compensate the woman for $140,922, representing about half of her lost equity.

That was the amount council approved on Tuesday.

This report by The Canadian Press was first published Dec. 14, 2021.