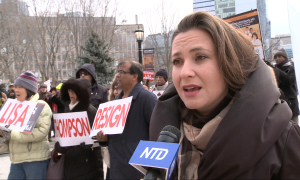 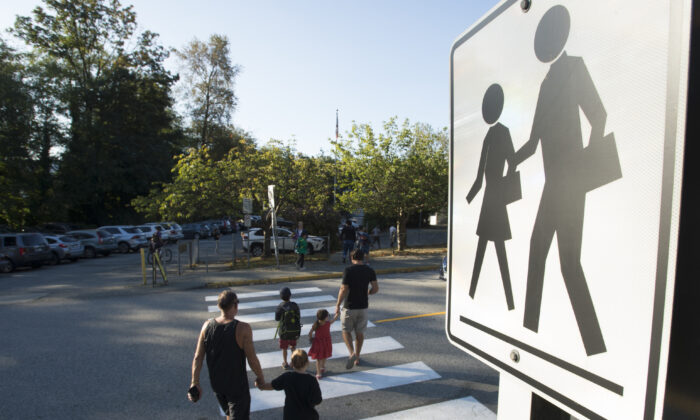 Parents walk their children to school in North Vancouver on Sept. 10, 2020. (The Canadian Press/Jonathan Hayward)
Canada

BC Candidates Campaign on Parental Rights in Education

While the main parties in British Columbia are running to form government, two candidates are running to raise more awareness around parental rights in education.

Smith says the SOGI (Sexual Orientation and Gender Identity) program in the province’s schools, which is meant to address bullying, goes too far and raises concerns about children undergoing invasive medical treatment.

“School kicks in and [the children think they have a] new identity and then they get referred to counsellors, and the counsellors will refer them to doctors. And the next thing you know, they’re on this train that’s taking them towards all of these drugs and [procedures],” such as puberty blockers, cross-sex hormones, and gender reassignment surgeries, Smith said in an interview.

Under B.C.’s Infants Act, parents may have no say in such treatments, as a B.C. court ruled recently.

Smith says the response she’s received while out door-knocking has been surprisingly positive.

“I’m trying to get provincial and national inquiries into the medical transitioning of kids, particularly vulnerable kids. When I give them some of the quick stats on that, there’s a lot of dropped jaws, like, ‘Why have I never heard this before?’”

Referring to studies published in scientific journals such as the Journal of Autism and Developmental Disorders, Smith says that autism occurs much more frequently in gender dysphoric children—those who do not identify with their biological sex—than in children among the general population.

Smith, who is purposefully campaigning in the riding of the education minister, lives in Abbotsford South and is voting for Thompson, B.C. provincial leader of the Christian Heritage Party (CHP) and former co-host of The 700 Club Canada.

“We want to stick to the basics in school and not talking about all of this.”

Thompson became CHP leader 10 days before the snap election call. She says having “Christian” in her party name creates resistance, but her platform of school choice, free speech, and reopening the economy is gaining ground.

“I have more support than I thought. I am very encouraged. I’ll make a dent and … we’re definitely going to have an impact, and then I’ll be back next time,” she says.