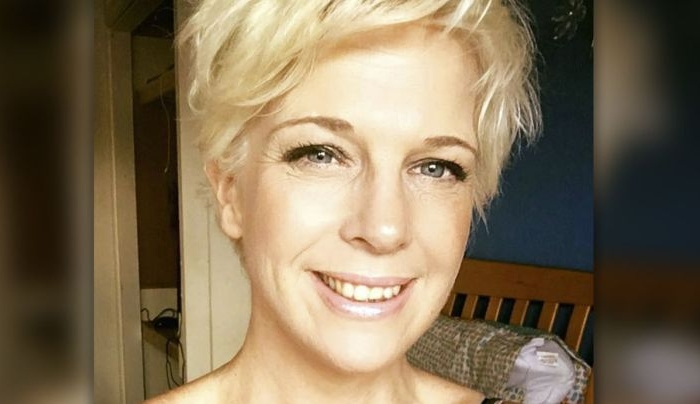 Vicki Archer, a 41-year-old mother of three, said she “needed a break” during the middle of the show on Aug. 5, the BBC reported, citing evidence presented in the Shropshire Coroner's Court. (Facebook selfie)
International

A BBC radio host reportedly killed herself after walking off the show, according to media reports in the United Kingdom.

Vicki Archer, a 41-year-old mother of three, said she “needed a break” during the middle of the show on Aug. 5, the BBC reported, citing evidence presented in the Shropshire Coroner’s Court.

Archer had also emailed a co-worker that she was angry before she was found hanged at her home in Shrewsbury on Aug. 6.

Coroner John Ellery was told that Archer left work at BBC Radio Shropshire at about 5 p.m. local time. She was found in the loft of her home by her stepfather, Lee Holyoake, three hours later.

Holyoake was forced to get a ladder to get into the property via a bedroom window, the report said.

Holyoake attempted to revive Archer, saying “alarm bells started to ring” after he and her mother were told she went home early. She didn’t respond when people tried to knock on her door.

Ellery said there is nothing suspicious about her death. He added she tried to kill herself several times in the past, the Telegraph reported.

“We have heard that Victoria had made two previous attempts to take her own life in the past and she suffered from depression,” Ellery stated. “It is not necessary, nor is it appropriate to go further into her personal and private life.”

He added: “Victoria left her radio show ‘mid-air’ whilst it was thought she was going for a break. This is a tragic case for her family and our condolences and thoughts are, and must be, with her children.”

The Telegraph reported she was pronounced dead at around 8:21 p.m.—three hours after she left work.

In the days leading up to the incident, Archer retweeted posts about inner demons and mental health problems, according to The Sun.

Archer also posted links to the Samaritans’ hotline number, which is a suicide lifeline in the U.K. She also posted things about “hurtful gossip.”

She said, “Gossip is rarely kind, positive or encouraging. It’s corrosive, hurtful and normally has nothing to do with you. You don’t need to be part of it. Say no thanks and move away.”

Holyoake, meanwhile, issued a statement on her death.

“I found the key was missing from the key safe by the door. I knocked on the door and there was no reply,” he said. “I started to get annoyed because the person who went into the house did not come. I phoned my wife to let her know. I did not see Victoria’s car on the drive. I went back to our house and picked up my wife. We went to Radio Shropshire.”

He added: “One of Victoria’s colleagues told me Victoria had left work at 5 p.m. and said she was feeling upset and would be in work tomorrow. Alarm bells started to ring. Victoria has made two previous attempts to take her own life and suffers from depression. We went to her house and continued to try and raise her by banging the doors and windows but there was still no reply.”

“We had to return home and I went alone back to her house with a key for her door. I saw Victoria’s car parked on Buttington Road. This is unusual as she normally parks on the driveway,” he continued. “I couldn’t get the key into the door because there was a key on the other side. I noticed Victoria’s bedroom window was open and I managed to get a ladder from one of her neighbors.”

When he went inside, he saw her body.

“As I checked the right-hand side of the loft, I saw Victoria in the corner. I went downstairs to phone an ambulance. I also asked for police. I went back into the loft. I took a pair of scissors and cut her down. The emergency services operator started to give me instructions to do cardiopulmonary resuscitation (CPR). As I did this, the ambulance arrived. The paramedic pronounced life extinct when he arrived,” he stated.