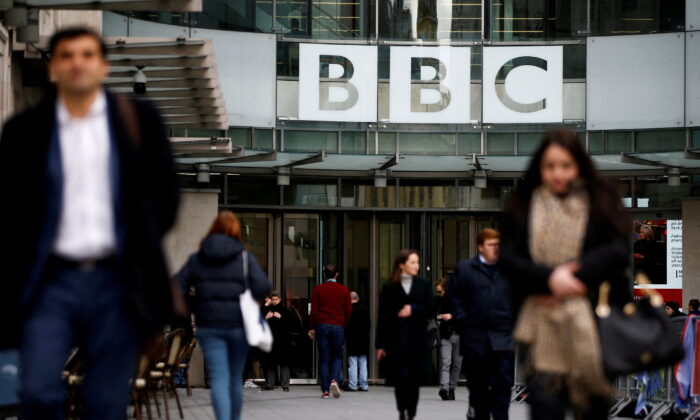 Former culture secretary John Whittingdale has said he expects to see the end of the BBC licence fee “in our lifetimes”.

However, the Conservative MP added he does not think it will be possible to axe the charge in time for the next licence fee settlement in 2027.

Current Culture Secretary Nadine Dorries previously announced the fee will be frozen for the next two years and said she wants to find a new funding model for the broadcaster after the current deal expires in five years.

“I don’t think it will be possible to change it before then, or indeed even at that time.

“I think, for a start, it will need for us to have moved to a world in which everybody gets their television through the internet, for instance, rather than over a TV aerial.

“Because once that happens then you can adopt models like Netflix or Amazon or the other streamers, and actually have a subscription – and that is simply not possible now. So, those options become feasible in time, but it’s going to take a bit more time.”

Whittingdale said he continues to regard the BBC as “an absolutely central pillar of the broadcasting establishment” but believes the licence fee model “has many flaws”.

He added: “It’s a flat rate charge with no assistance available, everybody has to pay it. And, you know, there are lots of people now who, for the first time, are beginning to say, ‘Hold on, I don’t watch the BBC’.

“You’ve got a lot of very good entertainment now available elsewhere from streamers, as well as the commercial broadcasters, you’ve got other news providers growing, all of which is great.”

Asked if he thinks the licence fee will last beyond his lifetime, he continued: “I would not want to see the BBC go at all, I think there will always be a role for the BBC.

“But I think it is difficult to go on justifying why everybody should be forced to pay a charge for it. In time, I think that may have to change.

“It will take time, and I mean the answer to your question is not probably for 10 years, but, eventually, I think we will have to find another way, because simply the way in which people consume TV is just changing so rapidly.

“It really is the case now that people will say, ‘Hold on, I don’t need the BBC and therefore I’m not quite sure why I should be forced to pay for it’.”

The licence fee is currently due to remain frozen at its current price of £159 for two years and will then rise in line with inflation for the following four years.

BBC bosses have warned the licence fee freeze will leave them with an annual £285 million shortfall by 2027-28.

The full interview will air at 12.35pm on Thursday on GB News.