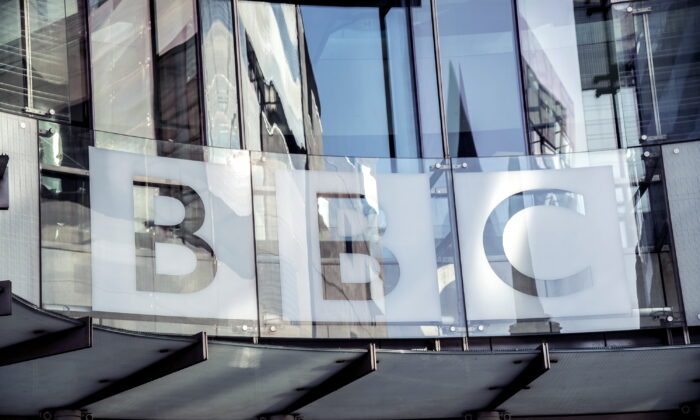 According to a BBC’s early-years guidance on race, white mums or dads are being asked to “examine their biases” if their toddler only has white friends over.

The BBC’s Tiny Happy People website was launched in 2020 as a resource aimed at developing children’s communication and language skills. However, its section on talking about race and religion with young children, written by the author and activist Uju Asika has opened up the BBC to criticisms of anti-racism and critical race theory impartiality.

Many anti-racism authors are inspired by critical race theory, which interprets society through the lens of a power struggle between white and non-white people and as an academic concept framework that focuses on the way systemic racism can perpetuate discrimination and disadvantage. American anti-racist authors such as Ibram X Kendi and Robin DiAngelo believe that racism is part of every aspect of life and must be identified and taken head-on with anti-racist actions.

But the British organisation Don’t Divide Us says it has a wide range of people who regard the “divisive obsession with people’s racial identity” as a “toxic, racialised agenda” that is “counter-productive and serious.”

“The power of this ideology lies in the fear it inspires in those who would otherwise speak out, whatever their ethnicity. But speak out we must. We must oppose and expose the racial division being sown in the name of anti-racism,” it says.

In the guidance, Asika says that studies reveal that by “age two, children start sorting themselves into groups showing what is known as in-group bias. In other words, kids in the playground might choose to play with children who are more like them, while excluding others.”

“According to research, even babies at three months old can tell different races apart,” she added.

Asking how to start a conversation about race with children, she says to “start small. Don’t begin a lecture on hate groups like the Ku Klux Klan when your audience is a three-year-old. You want to educate them, not give them nightmares.”

Asika is the author of the book Bringing Up Race, whose blurb calls it “a call to arms for all parents as our society works to combat white supremacy and dismantle the systemic racism that has existed for hundreds of years.”

In the guidance, it says to white mums or dads that “it might be time to examine your own internal biases. Did your family express negative thoughts about foreigners and immigrants? What is your social circle like today? Does your child have Black or Brown friends over for playdates? Could you be doing more?”

For further reading, Asika recommends reading books by Knights Of, UK and Ireland’s only publisher which exclusively stocks children’s books with BAME characters. She also recommends a book called “Julian is a Mermaid” by Jessica Love, about a child who identifies as transgender.

The guide was criticised by the Don’t Divide Us spokesperson and former community and schools filmmaker and film tutor Adrian Hart who told The Epoch Times that the problem we are facing is with the mainstreaming of critical race theory.

Hart wrote a critique of his experience of official anti-racism interventions in primary schools in his book The Myth of Racist Kids back in October 2009.

“The problem that we have got is that under a banner of anti-racism, children are being racialised,” he said.

He added that CRT and anti-racism approaches create a sense inside children’s minds that “race is a big deal.”

Hart said that children “just want to unite and just play, dance, sing, and do all those things that are intrinsically universal to humanity. Children just do that better than anyone else and the adult world comes stomping in and interrupts all that.”

“That doesn’t cut the mustard with modern-day anti-racists who believe that society is dripping with racism. All these interactions get interpreted in this erroneous way and I think it’s a tragedy,” he added.

In an email, a BBC Spokesperson told The Epoch Times: “Tiny Happy People offers a wealth of resources, covering a variety of topics that parents can access, should they wish, for help and advice on all areas of development and well-being.”

The BBC is primarily funded by licence fees, and aims to achieve due impartiality in all its output. On its page on Guidance: Impartiality and Racism, it said that it is not impartial on racism.

“While the BBC is opposed to racism, it is not a campaigning organisation. While the BBC does not join campaigns, it does have a responsibility to raise awareness of important issues. This is done both through our journalism, which has always highlighted injustice in the UK and around the world, and through wider content and programming,” it wrote on its guidelines.