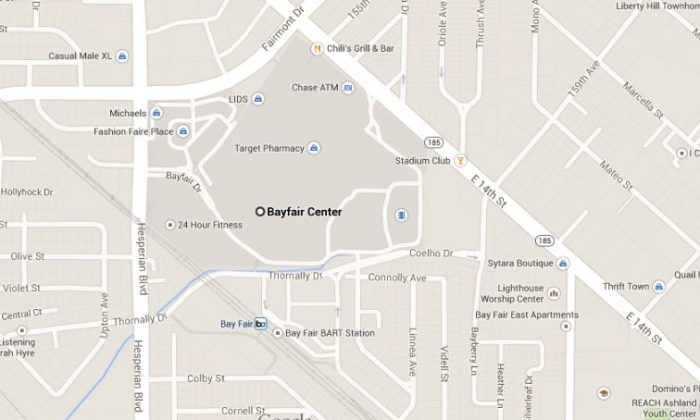 There was a shooting at Bayfair Mall in San Leandro, California on Friday night.

Police confirmed the shooting to NBC.

It comes shortly after another California mall shooting, at West Valley Mall in Tracy.

Some people said that the area is rough.

“If you’ve ever been there, the bigger surprise is there aren’t more shootings there,” said one Twitter user.

Police told NBC that there are no evacuations or lockdown orders, but they have taped off part of the parking lot in front of the Old Navy and Bed Bath & Beyond stores.