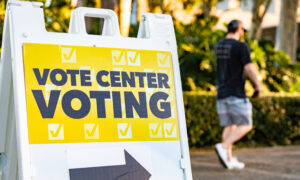 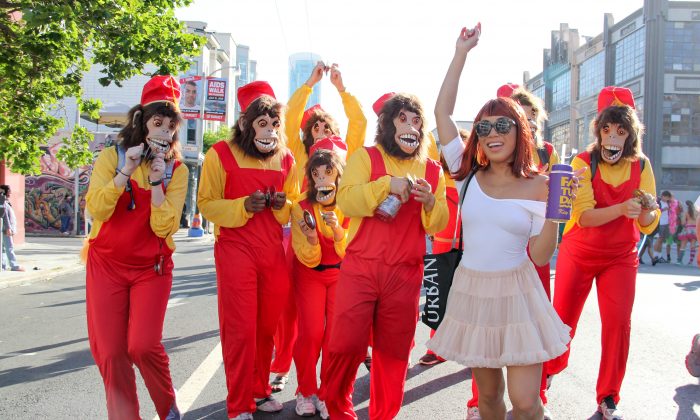 SAN FRANCISCO—It’s the time of year again for Bay to Breakers. For some it’s a serious race through the heart of San Francisco, but for many a huge slow-moving street-festival and costume party

Originally started as way to boost public morale after the devastating 1906 earthquake, Bay to Breakers has grown into one of the oldest and largest foot races in the world.

Serious athletes, who come from all over the world, lead the pack. In recent years, mostly runners from Kenya or Ethiopia finished first.

They are followed by tens of thousands of hobby runners, joggers, and walkers.

Many dress up, and don a variety of costumes from super-heroes to penguins. Some run as so-called Centipedes, a connected group of 13 runners, all wearing similar costumes.

And since it’s San Francisco, some come with nothing at all—the city’s recently enacted nudity ban makes an exemption for events like this.

The 7.46 mile course runs through the heart of the city, from the bay side in the east, near the Embarcadero through downtown, Hayes Valley, Panhandle, Golden Gate Park to Ocean Beach at the Pacific Ocean, the “breakers.”

Since 2012, race rules prohibit alcohol. For this year’s race, following the Boston marathon bombings, the police department said it has heightened security measures and enforced a ban on large backpacks.

All race results you can find here.