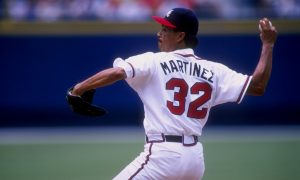 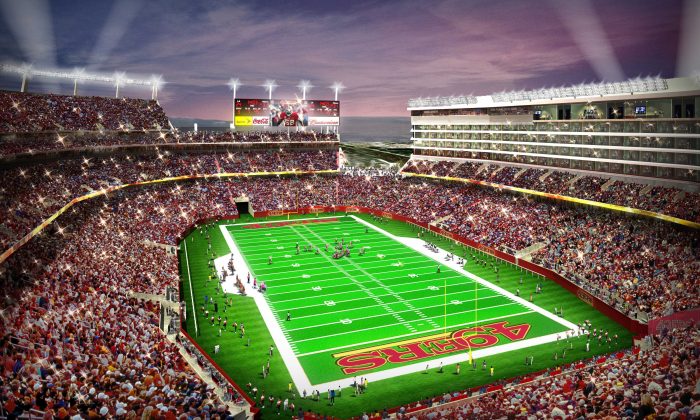 SAN FRANCISCO—Decades of waiting and years of bidding paid off Tuesday when the National Football League awarded the Bay Area the opportunity to host the 2016 Super Bowl in the new Santa Clara home of the San Francisco 49ers.

“After losing a Super Bowl, it feels really good to win a Super Bowl,” said 49ers CEO Jed York, whose team lost to Baltimore in the NFL title game in February.

“We are so excited to be able to put on the ‘Golden Super Bowl’ in the Golden State,” he said Tuesday, at the NFL spring meeting in Boston.

The Bay Area’s bid for the 50th championship game was chosen over the bid by Miami, home to the Miami Dolphins, the other finalist.

The 2016 Super Bowl will be the first in Northern California since the 1985 game at Stanford Stadium.

“It is an honor to get this great opportunity to host one of our nation’s most historic celebrations, and we will host the best, most innovative, and most philanthropic Super Bowl in the history of the game,” said San Francisco Mayor Ed Lee on Tuesday, according to a news release.

The Super Bowl will be held at the 49ers’ new Levi’s Stadium, a $1.2-billion state-of-the-art venue, scheduled to open next year in Santa Clara.

The stadium is billed as the most technologically advanced stadium in the world—the first ticketless venue in NFL championship history, with Wi-Fi capability for 75,000 people, solar panels, and a green roof.

“I think it’s the stadium, at the end of the day. Their proposal was really quite exciting,” said NFL Commissioner Roger Goodell about the decision to award to the 49ers.

The committee plans to use 25 percent of all raised funds for projects benefitting Bay Area children and families in need.

“We’re committed not only to putting on the best Big Game ever, but we’re going to ensure that this Super Bowl has a lasting positive impact on our community,” said Daniel Lurie, CEO of Tipping Point Community and Chairman of the San Francisco Super Bowl Bid Committee, according to a news release.

A Bay Area host committee, yet to be formed, plans to learn from major sporting events in the past, like the Olympics and previous Super Bowls, as well as draw from the city’s experience of hosting crowd-pleasers like Fleet Week, America’s Cup, and large music festivals.

John Haveman, chief economist of the Bay Area Council, estimates that the San Francisco economy will benefit from the Super Bowl in the range of $100 million to $200 million, according to the California Economic Summit.

The back-to-back vote by the NFL commissioners Tuesday also sent a message to South Florida that it needs to settle its squabble over renovations at the Miami Dolphins’ stadium before it will get a chance to host its 11th Super Bowl.

The NFL also voted Tuesday to give the 2017 game to Houston, which last hosted the Big Game in 2004.