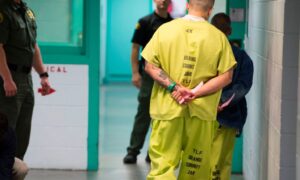 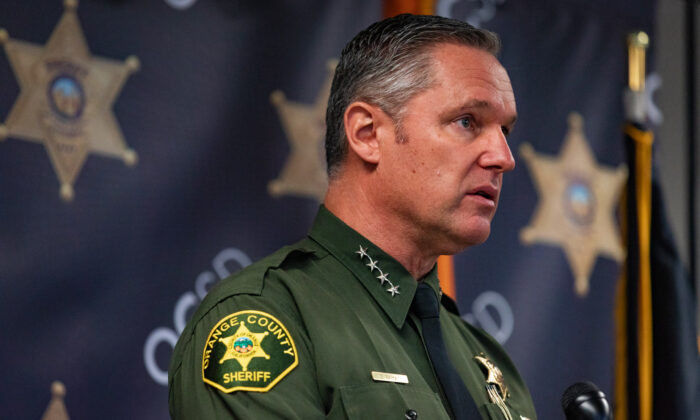 Watson made the comments during an Orange County court hearing, as legal proceedings continued, to determine whether half the region’s prison population should be released during the ongoing pandemic.

Watson told Superior Court Judge Peter. J Wilson that the OCSD was doing everything it could to keep inmates safe.

“Everyone 65 and older has been offered the vaccine and given the first dose of the vaccine, but for 11 inmates who declined the vaccination,” Watson told the court. “Those 11 spots that didn’t accept the vaccination were given to inmates next in line that were under 65 and medically vulnerable.”

The battle over the prisoners’ freedom began late last year when an American Civil Liberties Union (ACLU) lawsuit claimed many of the inmates were vulnerable to COVID-19 due to underlying health conditions.

During the latest status hearing on Jan. 25, Wilson asked the OCSD to submit additional information to the court by Jan. 28.

The fairly brief court session began with Wilson confirming that he reviewed the OCSD’s response to a Jan. 21 minute order, asking it to answer various questions about how county prisons are managed.

“This submission appears to us to be a fairly audacious attempt to further delay any final ruling from this court,” McDermott said regarding the subject of the response. “The further delay that would be required to hold that hearing, even a delay of a day or two, would prejudice petitioners and would result in irreparable harm to petitioners who continue to be at risk for contracting COVID-19.”

Wilson said that the OCSD’s response to questions asked was not a delay, as suggested by McDermott, but instead part of the process for providing the court with requested information.

Wilson said that despite both sides of the argument being raised, there was a critical piece of data missing in the case.

“We do not know, in comparison to December 11 when the first order was made, what the current jail population is in the aggregate housing,” Wilson said.

He explained that he has focused on sleeping arrangements during the case, because despite restrictions on social distancing during the daytime, if prisoners are sleeping within one foot of each other at night, the new restrictions would be irrelevant.

Wilson said current data on what the current congregate housing population is, and how prisoners are laid out in each type of cell, is needed.

The OCSD was ordered to submit a report on that data by Jan. 28.

Meantime, Watson argued the OCSD has made strides in reducing the COVID-19 positivity rate.

“The county jails’ December outbreak has been reduced to 25 COVID positives as of [Jan. 25]], and so that significantly changes the makeup of our jail population,” Watson said. “We intend to include in the chart that we will submit to the court, susceptible and non-susceptible [inmates.]”