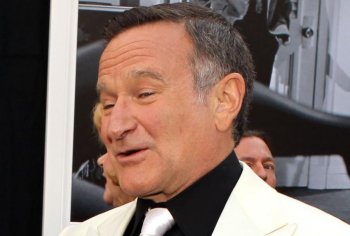 Actor Robin Williams may have the best shot at being the Riddler villain in the upcoming 'Batman 3' film, directed by Christopher Nolan. (Christopher Polk/Getty Images for AFI)
Entertainment

‘Batman 3’ May Feature The Riddler, Film in New Orleans

Stephen Summer
View profile
Follow
biggersmaller
Print
If the rumor mills have it right, the sequel for the enormously successful Batman movies will feature two elements to it that were previously unknown: the return of the Riddler as Batman's nemesis, as well as the filming of the movie primarily in Warner Brothers' new stronghold in New Orleans, Louisiana.

"Batman 3" will be directed by Christopher Nolan, who recently found success in "Inception," a mind-bending tale of men who manipulate dreams.

He will be tasked with continuing the recent success of the Batman franchise. Both "Batman Begins" and "The Dark Knight" did well at the box office, with "The Dark Knight", riding on the back of the late Heath Ledger's performance as the Joker, grossing over $1 billion in revenue around the world.

While many have expressed interest in playing the role of the villain for "Batman 3"—including Robin Williams and Twilight's Jackson Rathbone—it is still unsure who the principal villain will be.

But it is rumored that the Riddler, an arch-enemy of the Dark Knight with a penchant for leaving riddles at the scene of the crime, will make a return in the movie.

The Riddler previously made an appearance in Batman movies in "Batman Forever," and was played by popular comedy actor Jim Carrey in that movie.

The movie, which has a target release date set in mid-July 2012, will also be mostly filmed in New Orleans, Louisiana.

Warner Brothers filmed the "Green Lantern" and are reported to be happy with the location.