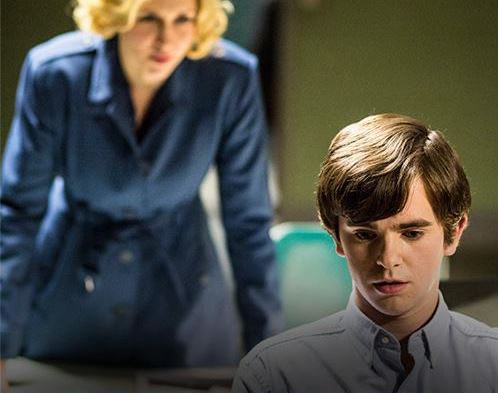 Bates Motel is wrapping up season 2 with its season finale on Monday night but has already been renewed for a season 3.

Season 3 will have 10 episodes.

Production will begin on the new season in the fall.

“The incredible writing team and talented Bates Motel cast has made this series one of the most compelling original dramas on television,” said David McKillop, A&E executive vice president and general manager David McKillop in a statement.

“The brilliant twists and turns of the past two seasons keep its loyal fan base coming back for more. We are so proud of the show.”

The projected premiere date is sometime in March.

Bates Motel is consistently near the top of the Monday cable TV ratings. Last week, even with two NBA playoff games and another NBA special, it was 13th with 2.2 million viewers overall and 0.9 million in the coveted 18-49 age bracket.

“Our goal is to continue to write the show on a high level and make Season 3 hopefully even better than Season 2. Our expectations are that high, and we – Kerry Ehrin and I – have actually spent a fair amount of time talking about it and we do have a preliminary game plan that we’re very excited about. It’s tough to say too much about it because a lot of it is driven by events that are in the finale that I don’t want to spoil on this phone conference.

“But I feel very confident that we can make a really engaging Season 3. We do have a plan, and in fact we’re already… now that we’ve been picked up… we’re hard at work in terms of just kind of laying out the architecture of the new season. And I think it’s going to be great; I’m really excited about it.”