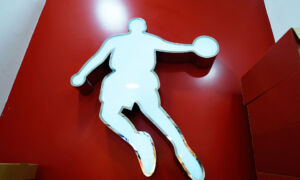 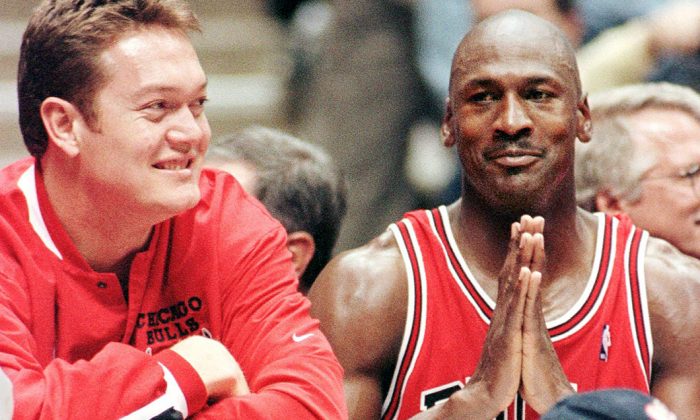 Michael Jordan (R) with Luc Longley when they played for the Chicago Bulls in East Rutherford, N.J., on April 29, 1998. (Stan Honda/AFP/Getty Images)
US News

Basketball legend Michael Jordan has promised to make a generous donation to help provide aid to survivors of Hurricane Dorian in the Caribbean on Sept. 10.

Talent manager and spokeswoman Estee Portnoy confirmed on social media that Jordan will donate $1 million to assist with relief efforts in the Bahamas.

“Michael Jordan announced that he has pledged to donate $1 million to organizations assisting with relief efforts in the Bahamas in the aftermath of Hurricane Dorian,” Portnoy said in a statement posted to Twitter.

The Charlotte Hornets owner and six-time National Basketball Association champion revealed he felt devastated when he saw media reports of the damage caused by the Category 5 storm that arrived on Sept. 1.

“I am devastated to see the destruction that Hurricane Dorian has brought to the Bahamas where I own property and visit frequently,”  Jordan said in the statement.

He also expressed his condolences for friends and family of the 50 people who died in the natural disaster and the many thousands who suddenly became homeless.

The Associated Press reported that up to 10,000 survivors from the Abacos Islands alone are expected to need food, water, and temporary housing.

In addition nearly 5,000 people have traveled by plane and boat to the capitol of Nassau, and many of them are struggling to start new lives with few ideas on how or where to begin. More than 2,000 of them are staying in shelters, according to AP.

“My heart goes out to everyone who is suffering and to those who have lost loved ones,” Jordan said. “The Bahamian people are strong and resilient, and I hope that my donation will be of help as they work to recover from this catastrophic storm.”

The basketball great promised he would continue monitoring the recovery and relief effort and start identifying not-for-profit agencies that can deliver the “most impact.”

Jordan, who grew up in Wilmington, North Carolina, previously donated $2 million to relief and recovery agencies in the aftermath of Hurricane Florence back in 2018.

“It’s truly devastating for me to see the damage that Hurricane Florence is doing to my beloved home state of North Carolina and to the surrounding areas,” Jordan said at the time, according to CNN. “You gotta take care of home.”

Half of the money went to the American Red Cross and the remainder to the Foundation for the Carolinas’ Hurricane Florence Response Fund.

“Wilmington truly is my home … kept thinking about all those places I grew up going to,” he said, according to CNN. “And the deaths—it was so sad about the babies (one of whom died in Wilmington). You don’t want to see any of that anywhere but when it’s home that’s tough to swallow.”

Jordan’s family moved to Wilmington when he was a child, and he attended Laney High School and later the University of North Carolina’s Chapel Hill campus.