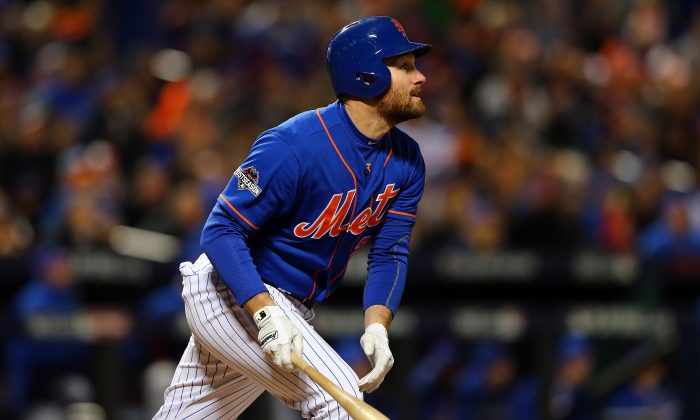 Daniel Murphy is on fire. The Mets infielder homered for the fourth straight game Sunday night—and fifth in seven postseason games—to propel New York to a 4–1 win over ace Jake Arrieta and Chicago, giving the Mets a 2–0 NLCS lead.

Heading into Game 3, Murphy had a ridiculous batting line of .357/.379/.929 (average/on-base/slugging) with those five home runs, a double, and eight runs batted in. This from a player who is a good hitter, but never one to hit more than 14 home runs in a season.

Here are three other unlikely players over the last two decades, who took their game to a new level in the postseason.

Kennedy was a 5-foot-11 second baseman who never made an All-Star team or hit more than 13 home runs in a season in his 14 years in the majors. But in his first taste of the postseason, back in 2002 with the Angels, the unheralded infielder homered in the ALDS and then hit three home runs in Game 5 of the ALCS to help Anaheim clinch the pennant and earn him ALCS MVP honors.

In the World Series against the Giants, Kennedy collected seven hits—including a pair of doubles—while driving in two. Overall in that postseason, the unassuming Kennedy had a batting line of .340/.353/.660 with four home runs and 10 RBIs in 15 games.

Counsel was a good defensive infielder on a pair of title-winning teams—the 1997 Florida Marlins and the 2001 Arizona Diamondbacks—who hit a career average of just .255. Yet in his first time on the big stage, he hit .293 in 15 games—while drawing 10 walks—to help the wild card-winning Marlins to the title.

In the 2001 NLCS with Arizona, Counsel collected three multi-hit games, doubled three times, and drove in four runs in helping the D-Backs to a series win over the Braves. On a team with Curt Schilling, Randy Johnson, Luis Gonzalez, and Steve Finely, it was Counsel who brought home the NLCS MVP award.

Ross had slightly better power-hitting credentials than Counsel, Kennedy, or Murphy but his career batting average is just .262, he’s never made an All-Star team in his 10-plus years in the big leagues, and although he’s cracked the 20-homer barrier three times he’s never reached 25. Yet in the 2010 playoffs as a member of the San Francisco Giants—his only postseason try—he shone.

First in Game 4 of the NLDS against Atlanta, Ross hit a solo home run in the sixth to tie the game at 1. One inning later, his bases-loaded single put the Giants up 3–2 and proved to be the series-winning run as San Francisco advanced in four.

In the NLCS against the Phillies, Ross hit a pair of home runs in Game 1 off Roy Halladay that turned out to be the difference in the Giants’ 4–3 win. He would homer again in Game 2 and hit a double in Games 4, 5, and 6 as the Giants won the series 4–2.