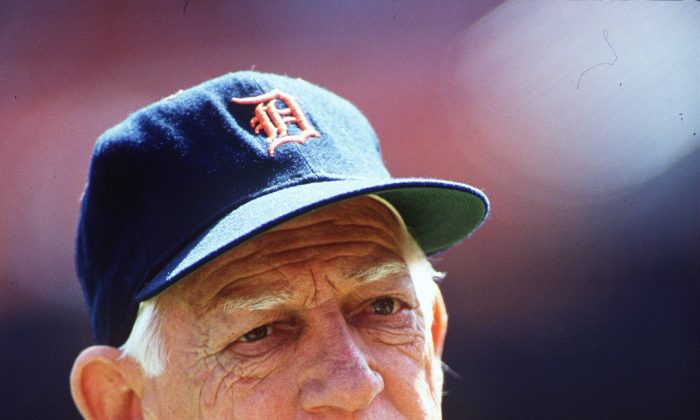 The words and phrases are spoken and written day after day, year after year – generally without any wonderment as to how they became part of the language. All have a history, a story.

For those of you who liked Parts I thru III  and wanted more, here is more.

THE CALLED SHOT: A heavier, slower and older Babe Ruth had much more to prove in 1932. And prove he did! Batting .341, driving in 137 runs, slugging 41 homers, the Sultan of Swat pushed the New York Yankees to another pennant. The Cubs of Chicago were the opposition in the World Series.

There was bad recent history between the two teams. Joe McCarthy had been let go as Chicago manager in 1930. He wanted payback. Ruth’s old buddy, Mark Koenig, now a Cub, had helped his new team win the pennant. His Chicago teammates voted Ruth’s old buddy only a half World Series share. The Babe was not happy about that.

On October lst in Chicago during batting practice Ruth shouted: “Hey, you d— bum Cubs, you won’t be seeing Yankee Stadium again. This is going to be all over Sunday.” The Babe was referring to the fact that the Yanks had won the first two games in New York. The game got underway before 49,986. Lemons from the stands and curses from the Cubs were heaped upon the Yankees. Chicago fans showered Ruth with fruits and vegetables and other projectiles when he was on defense in the outfield. The Babe smiled, doffed his cap, felt the fire.

When he came to bat in the fifth inning, Ruth had already slugged a three-run homer into the bleachers in right centerfield. He had more in store. Right-hander Charlie Root got a strike on Ruth, who as accounts go, raised up one big finger and yelled “strike one!”

Then as the story has been handed down, the 37-year-old Yankee legend stepped out of the batter’s box and pointed. Some said he pointed at Root; others said the pointed at the Chicago bench, others said at the centerfield bleachers.

“To tell the truth,” Joe McCarthy said, “I didn’t see him point anywhere at all. But maybe I turned my head for a moment.”

“The Babe pointed out to right field,” said George Pipgras who pitched and won that game, “and that’s where he hit the ball.”

The count was 2-2 when Babe swung from his heels. Johnny Moore, the Chicago centerfielder started back, then stopped. The ball disappeared into the right field bleachers, 436 feet from home plate, the l5th and last World Series home run for Babe Ruth, the longest home run ever hit to that point in time in Wrigley Field.

“As I hit the ball,” Ruth would say later, “every muscle in my system, every sense I had, told me that I had never hit a better one, that as long as I lived nothing would ever feel as good as this one.”

Chicago fans cheered and applauded the Babe as he rounded the bases yelling out a different curse for each Cub infielder.

When the “Sultan of Swat” reached third base, he paused. Then he bowed toward the Chicago dugout. Then he came across home plate.

Through the years the debate has continued. Did he or did he not call the home run?

Babe Ruth explained: “I didn’t exactly point to any spot like the flagpole. I just sorta waved at the whole fence, but that was foolish enough. All I wanted to do was give the thing a ride…outta the park…anywhere. “Every time I went to the bat the Cubs on the bench would yell ‘ Oogly googly.’It’s all part of the game, but this particular inning when I went to bat there was a whole chorus of Oogly goalies. The first pitch was a pretty good strike, and I didn’t kick. But the second was outside and turned around to beef about it. As I said, Gabby Hartnett said ‘Oogly googly.’That kinda burned me and I said  ‘All right, you bums, I’m gonna knock this one a mile.’  I guess I pointed, too.”

CALLED STRIKE: A strike that a batter does not swing at but which is announced as a strike by the umpire.

CAN OF CORN: A lazy fly ball.

CANDY: In 1939, William Arthur Cummings was elected to the Hall of Fame, for his alleged invention of the curve ball more than his talent. His nickname came from fans as a sign of affection.

CANNON: Jimmy Wynn, for his power at bat.

“CAN’T ANYBODY HERE PLAY THIS GAME?”: In 1960 Casey Stengel managed the New York Yankees to a first-place finish, on the strength of a .630 percentage compiled by winning 97 games and losing 57. By 1962 he was the manager of the New York Mets, a team that finished tenth in a ten-team league. They finished 60 games out of first place, losing more games (120) than any other team in the 20th century. Richie Ashburn, who batted .306 for the Mets that season and then retired, remembers those days: “It was the only time I went to a ball park in the major leagues and nobody expected you to win.”

A bumbling collection of castoffs, not-quite-ready for prime-time major league ball players, paycheck collectors, and callow youth, the Mets underwhelmed the opposition. They had Jay Hook, who could talk for hours about why a curve ball curved (he had a Masters degree in engineering) but couldn’t throw one consistently. They had “Choo-Choo” Coleman, an excellent low-ball catcher, but the team had very few low-ball pitchers. They had “Marvelous Marv” Throneberry, a Mickey Mantle look-a-like in the batter’s box—and that’s where the resemblance ended. Stengel had been spoiled with the likes of Mantle, Maris, Ford, Berra, etc. Day after day he would watch the Mets and be amazed at how they could find newer and more original ways to beat themselves. In desperation—some declare it was on the day he witnessed pitcher Al Jackson go 15 innings yielding but three hits, only to lose the game on two errors committed by Marvelous Marv—Casey bellowed out his plaintive query, “Can’t anybody here play this game?”

CAP: Adrian Constantine Anson, a shortening of his managerial title. He was also known as “Big Swede”for his size and Nordic extraction.

CARNESVILLE PLOWBOY: Spud Chandler was raised on a farm in Carnesville, Georgia, hence the nickname. Spurgeon “Spud” Chandler was better known during his collegiate days at the University of Georgia as a football player who also played baseball. Chandler’s had a career mark of 109-43 with the Yankees from 1937-47. He was a part of seven World Series teams.

“CASEY AT THE BAT”: The title of the Ernest Thayer poem, written in 1888, about the legendary hero of the Mudville baseball team. The final stanzas are especially famous:

The sneer is gone from Casey’s lip; his teeth are clenched with hate;
He pounds with cruel violence his bat upon the plate;
And now the pitcher holds the ball, and now he lets it go,
And now the air is shattered by the force of Casey’s blow.
Oh, somewhere in this favored land, the sun is shining bright;
The band is playing somewhere, and somewhere hearts are light;
And somewhere men are laughing, and somewhere children shout;
But there is no joy in Mudville—mighty Casey has struck out!

“CAT-a-lyst”: name given to Mickey Rivers by Howard Cosell for his ability to trigger Yankee team offense.