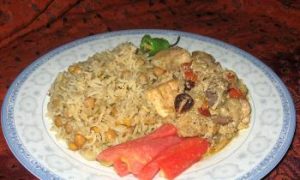 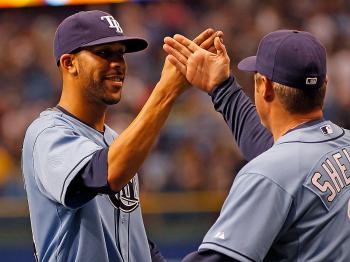 SHINING RAYS: The Tampa Bay Rays are setting the pace in the majors after the month of April. (J. Meric/Getty Images)
Baseball

First Month of Baseball in the Books, Does It Matter?

By Susan Shan
Print
The month of April means very little in the long 162-game Major League Baseball season. After the first month, Tampa Bay and Boston seem to be heading in opposite directions.

But if you ask the Rays, they made their intentions clear in 2010 when they acquired Rafael Soriano in an offseason trade and signed him to a one-year deal for $7.25 million despite the fiscally-conscious mentality of upper management. Their current payroll of $72.3 million is the highest in franchise history although it only ranks 19th out of 30 major league teams.

Add in the fact that All-Star left-fielder Carl Crawford and first baseman Carlos Pena are the highest paid on the team with salaries of $10 million and $10.12 million, respectively, and both are free agents after this season, it becomes very apparent why this must be the year of the Rays.

President Matt Silverman said earlier in the year, “2010 is important.” He continued, “We feel we have an opportunity for a special year.”

What is truly surprising in the AL East is the awful start of the Boston Red Sox. They spent their off-season signing free agent pitcher John Lackey to a five-year $82.5 million deal along with three defensive specialists, Adrian Beltre, Marco Scutaro, and Mike Cameron.

Their formula for winning was obviously focused on pitching and fielding, especially when they didn’t pursue Matt Holliday and made a half-hearted effort at Jason Bay. The problem for the Red Sox is that their pitchers are struggling mightily.

In addition, the return of Matsuzaka relegated Wakefield to the bullpen for the first time since 2004. The unhappy Wakefield allowed five hits, including three home runs, in 2.1 innings in his first appearance as a relief pitcher.

Needless to say, the winning formula has not been working lately as they are wallowing under .500 in fourth place in the division and just got swept by last-place Baltimore this past weekend.

But it’s only early May and all is not lost in Boston. In their last two starts, Lester has not allowed an earned run and Lackey has allowed three and two respectively. The Red Sox still have five more months to rectify their pitching woes.

At this time last year, Toronto was atop the AL East and Kansas City paced the AL Central. At season’s end, the Royals finished with the second-worst record in the AL and the Blue Jays slipped to fourth in their division with a losing record.

Zach Greinke is still one of the best pitchers in the AL and he still has no run support or bullpen help in Kansas City. Although wins and losses is practically a worthless statistic, he is winless thus far at 0–3 but with an impressive 2.27 ERA.

The reigning Cy Young winner has only given up three runs over 22 innings in his last three starts, including a tough 1–0 loss to the MLB-best Rays. In that game, Greinke pitched a complete game and only gave up four hits.

As for the best rookie thus far, Atlanta’s Jason Heyward is a tremendous talent but his numbers pale in comparison to St. Louis’s David Freese. As of Monday, Freese is second in the NL in batting at .358 and tied for 10th with 19 RBIs.

After beginning the season batting eighth, Freese has steadily moved himself up to the heart of the order after super sluggers Albert Pujols and Matt Holliday. Freese is a big reason why the Cardinals have the best record in the NL.