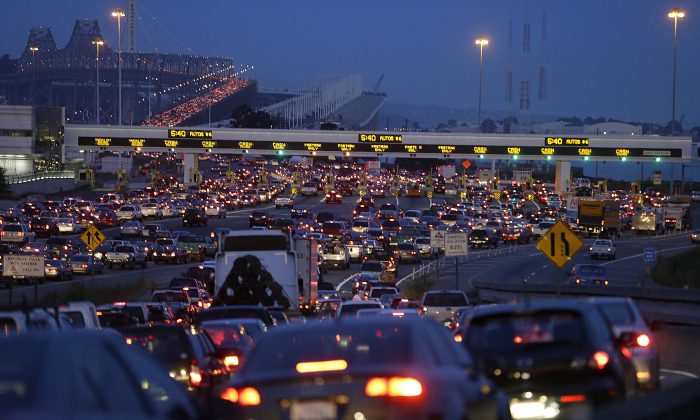 BART strike talks resumed over the weekend, with union leaders and BART managers giving updates on Sunday in order to prevent a massive gridlock.

UPDATE: Gov. Jerry Brown called for a seven-day board of inquiry to review the BART contract, union officials told ABC News. Officials said the strike that is to take place Monday won’t happen.

Managers with the Bay Area Rapid Transit (BART) and managers with two of the largest transit unions engaged in talks on Sunday in an attempt to prevent a massive strike that would imperil travel for many commuters in the San Francisco area. Both parties said there was hope after months of sometimes tense negotiations.

If the strike–planned for Monday–takes place, it would be the second one in a month.

CalTrans told NBC News that if a strike takes place, residents should avoid traveling altogether or work from home, form a carpool or try casual carpooling, adjust work hours to leave early or stay late, ride a bike to work, and try to use the free parking at BART stations or a Park & Ride to meet with a carpool. Also, residents should allow for extra time for trips.

Transit agencies said they will add bus and ferry service, as well as keep carpool lanes open all day, but officials stressed that commuters should avoid peak rush hour traffic.

On Saturday, unions and BART representatives took part in talks for around 14 hours and again held talks on Sunday ahead of the midnight deadline, reported The Associated Press. But on Saturday, there was no significant progress made.

“The parties made some important but incremental moves yesterday, and I hope to get to a deal,” Josie Mooney, the head of negotiator for the Service Employees International Union 1021, told AP on Sunday. “If the parties work very hard, then it’s certainly possible in the amount of time we have left.”

However, neither side on Sunday said that an agreement was near.

“Things are moving in the right direction, although too slowly,” Mooney told the San Francisco Chronicle.

“There’s definitely movement on both sides,” added Tom Hock, the lead negotiator for BART, told the paper. “We’ll go on as long as we have to go.”

The two largest unions on Thursday said that employees would not work if no agreement was met.

According to the San Jose Mercury News, if there is a strike, the BART services would finish early on Monday morning. But the trains that usually start rolling at 4 a.m. would not move.

“BART really is the backbone of the transit network. No other transit agency has the ability to absorb BART’s capacity if there’s a disruption,” said John Goodwin, a spokesperson with the Metropolitan Transportation Commission, told AP.

BART workers shut down the system around July 4, causing jam-packed roadways. Commuters were also forced to deal with long lines for buses and ferries. This time around, a strike could be even worse, as there will likely be many more people who have to go to work.