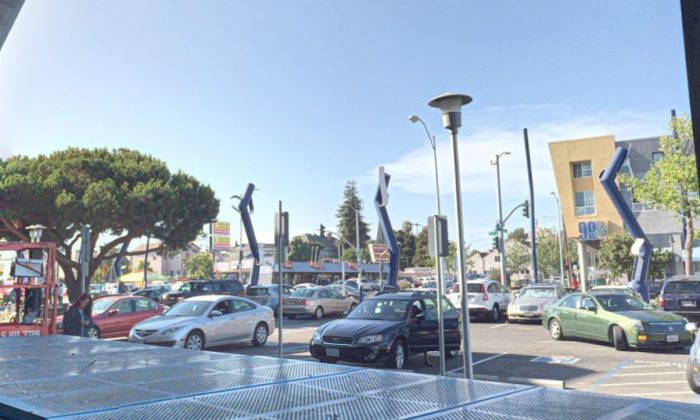 BART Passenger Fatally Shot on Commuter Train, and The Suspect Is on the Run

OAKLAND, Calif.  — Authorities said a man fatally shot a passenger on a Bay Area Rapid Transit train before fleeing when it stopped at the West Oakland station.

BART police Lt. Kevin Franklin told the Oakland Tribune officers responding to a call about gunfire on a train found a dead man inside a passenger car Saturday night.

Witnesses said the gunman ran away after the train stopped at the station.

Franklin told the San Francisco Chronicle that a bald, black, 6-foot-3 suspect with slim build was seen running from the train after the shooting. He said the suspect was wearing a green jacket with a hood, blue jeans and red and black boxer shorts. The suspect had tan military-style boots and a backpack.