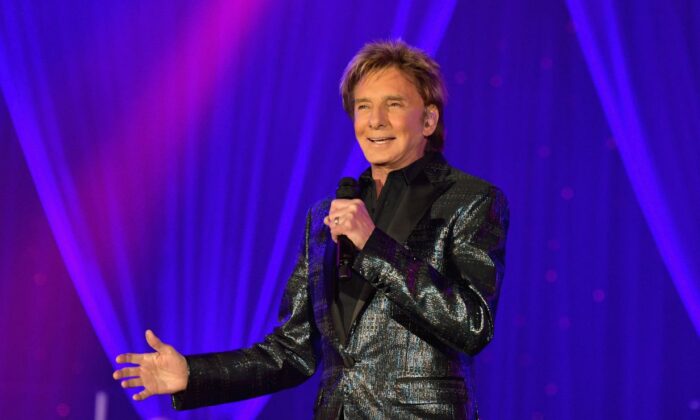 Singer Barry Manilow dispelled rumors that he is removing his music from streaming service Spotify after several verified Twitter users claimed he would amid Neil Young’s fight with the platform over hosting podcaster Joe Rogan.

On Jan. 28, some Twitter users, including left-wing activist Amy Siskind, alleged Manilow wanted his music removed in solidarity with Young’s decision to pull his songs from the platform. “Will and Grace” actress Debra Messing also praised Manilow despite the news not being confirmed.

“Thank you @barrymanilow for taking a surefooted step to support science, and protest potentially lethal misinformation disseminated by @Spotify via #JoeRogan,” Messing wrote in a Jan. 27 Twitter post.

The “Mandy” and “Copacabana” singer, however, dispelled the rumors hours later.

“I recently heard a rumor about me and Spotify. I don’t know where it started, but it didn’t start with me or anyone who represents me,” Manilow wrote on social media on Jan. 28.

It’s not clear where the rumor originated. A number of other rumors emerged on Twitter in recent days, including one claiming that Canadian band Nickelback would also pull their music, although the band has yet to issue a public statement or response about the allegation, and another that alleged the Foo Fighters and frontman Dave Grohl were removing their music. Neither Grohl or the band have issued a public statement about the matter.

Last week, Young wrote a letter to Spotify and gave the Swedish firm an ultimatum: either get rid of Rogan, whose podcast draws millions of viewers per episode, or him.

“Spotify is spreading fake information about vaccines–potentially causing death to those who believe the disinformation being spread by them,” Young said.

Spotify on Jan. 27 issued a statement confirming that it would remove Young’s songs off its service.

Days later, fellow Canadian singer Joni Mitchell, also popular in the 1970s, announced she would pull her music from the platform for similar reasons.

Another Spotify-hosted podcaster, Brene Brown, said over the weekend that she won’t upload any more episodes. It’s not clear if it’s connected to the recent decisions made by Mitchell and Young.

“I will not be releasing any podcasts until further notice. To our #UnlockingUs and #DaretoLead communities, I’m sorry and I’ll let you know if and when that changes. Stay awkward, brave, and kind,” Brown wrote on Twitter.

In a statement on Sunday, Spotify said it is publishing its rules and approach to information COVID-19 and vaccines.

“Today, we are publishing our long-standing Platform Rules. These policies were developed by our internal team in concert with a number of outside experts and are updated regularly to reflect the changing safety landscape,” the company wrote. “These are rules of the road to guide all of our creators—from those we work with exclusively to those whose work is shared across multiple platforms.”