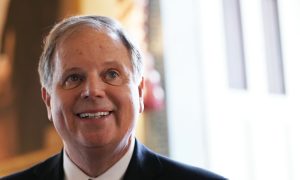 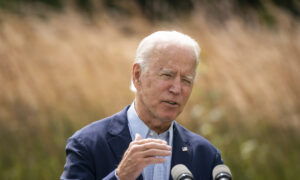 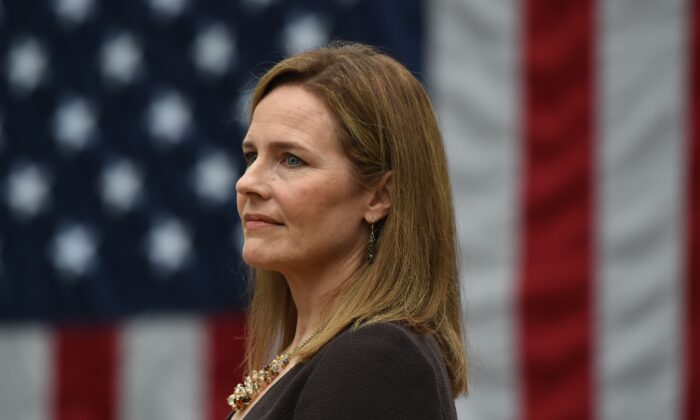 Amy Coney Barrett vowed to rule on cases by interpreting the law as it’s written if she’s confirmed to the Supreme Court, criticizing judges who veer into policymaking territory.

Barrett, a federal judge, once clerked for late Justice Antonin Scalia, a conservative.

“I clerked for Justice Scalia more than 20 years ago, but the lessons I learned still resonate,” she said after being nominated to the Supreme Court by President Donald Trump in Washington on Saturday.

“His judicial philosophy is mine too: a judge must apply the law as written. Judges are not policymakers and they must be resolute in setting aside any policy views they might hold,” she added.

White House press secretary Kayleigh McEnany told reporters across multiple briefings prior to the nomination that Trump’s nominee would be textualist, originalist, and Constitution-abiding.

“The President has already appointed two strong, conservative justices to the Supreme Court—justices who will interpret the Constitution as written. Now he will nominate a third,” she said on Tuesday.

And the White House said in a statement Saturday that Barrett “has demonstrated a steadfast dedication to upholding the Constitution as written, and not legislating from the bench.”

In many narrowly ruled cases, some justices have been accused of twisting the law to fit the ruling instead of ruling on how the law is written.

Chief Justice John Roberts, for instance, ruled in 2012 in favor of keeping the Affordable Care Act’s individual mandate in place by portraying it as a tax.

The mandate forced people without health insurance to pay money to the government. It was struck down late last year by an appeals court.

“No matter the issue, no matter the case before her, I am supremely confident that Judge Barrett will issue rulings based solely upon a fair reading of the law. She will defend the sacred principle of equal justice for citizens of every race, color, religion, and creed,” he said.

Barrett added that the Supreme Court is an institution that belongs to all Americans.

“If confirmed, I would not assume that role for the sake of those in my own circle, and certainly not for my own sake. I would assume this role to serve you. I would discharge the judicial oath, which requires me to administer justice without respect to persons, through equal rights to the poor and rich, and faithfully and impartially discharge my duties under the United States Constitution,” she said.