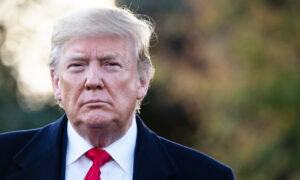 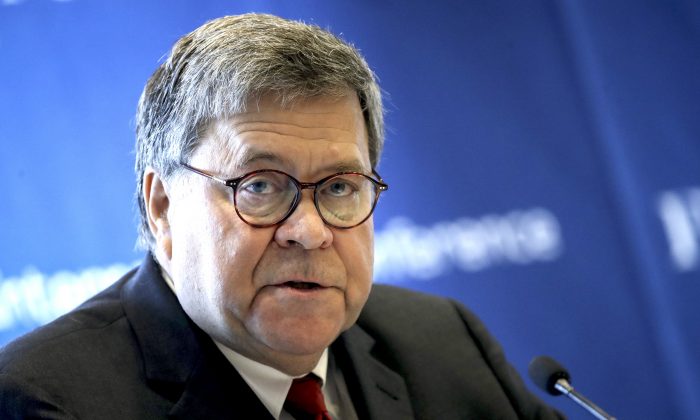 U.S. Attorney General William Barr said on Friday that the president’s ability to act in areas he has the power is being undermined by Congress and the courts, saying that they were engaging in efforts to “sabotage” the president’s administration.

During a speech at an annual gathering of conservative lawyers on Friday, Barr defended presidential power and accused opponents of President Donald Trump of “waging a scorched-earth, no-holds-barred war of resistance” against him that involves the “systematic shredding of norms and undermining the rule of law.”

He said since Trump was elected in 2016, his opponents had launched a “resistance” which has “rallied around an explicit strategy of using every tool and maneuver” in an effort to “sabotage the functioning of the executive branch and his administration.”

Barr pointed to Congress saying that the Democrat lawmakers are abdicating their role as legislators and engaging in actions that are effectively blocking the functions of the executive branch.

“Now, I do not deny that Congress has some implied authority to conduct oversight as an incident to its legislative power,” Barr said during his speech to the Federalist Society. “But the sheer volume of what we see today, the pursuit of scores of parallel investigations to an avalanche of subpoenas is plainly designed to incapacitate the executive branch.”

He also accused Senate Democrats of abusing the advice and consent process by systematically opposing and drawing out the approval process of Trump’s appointees, which the attorney general says then prevents the president from being able to build his government.

“That is precisely what the Senate Minority has done from President Trump’s very first day in office,” he said. “As of September of this year, the Senate has been forced to invoke cloture on 236 Trump nominees, each of those representing its own massive consumption of legislative time meant only to delay the inevitable confirmation.”

“It is reasonable to wonder whether a future president will actually be able to form a functioning administration if his or her party does not hold the Senate.”

The attorney general was also critical of judges for encroaching on executive responsibilities and usurping its power, which has substantially undercut the functioning of the presidency.

He said the court has done it a number of ways by appointing itself as the arbiter in disputes between Congress and the executive, something he believes the framers of the Constitution did not intend, as well as expanding the scope and intensity of judicial review that allows them to “substitute their judgment for the president’s.”

He used the example of travel bans, saying that the courts placed a hold on the policy after second-guessing the president’s motive for the ban.

“Attempts by courts to act like amateur psychiatrists attempting to discern an executive official’s real motive often after ordering invasive discovery into the executive branch’s privilege decision-making process, have no more foundation in law than a subpoena to a court to try to determine a judge’s real motive and issuing a decision,” he said.

The president, Barr said, had “certainly thrown out the traditional beltway playbook and punctilio” but he had been upfront with what he was going to do and people still “decided they wanted him to serve as president.”

Barr, who has been repeatedly criticized for defending Trump, said he was actually worried about the presidency and the “steady grinding down of the executive branch’s authority.”

“I’m concerned that the deck has become stacked against the executive,” he said.