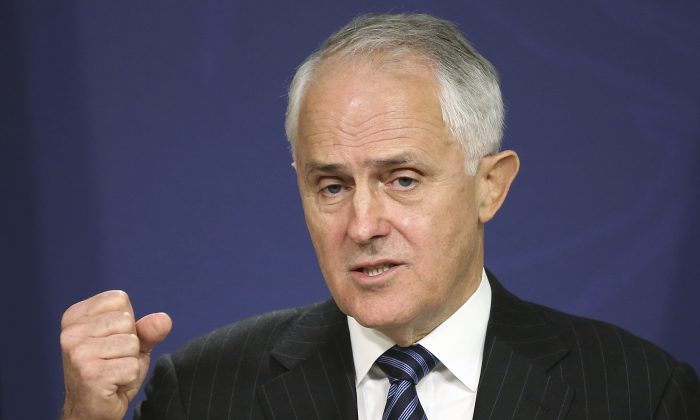 Australian Deputy Prime Minister (PM) Barnaby Joyce has hit back at comments made by PM Malcolm Turnbull about his affair, accusing  Turnbull of making things worse.

Joyce said that Turnbull’s comments about his affair with former staffer, Vikki Campion, were “inept” and “unnecessary.” He also said the comments had “caused further harm” to his family, reported the ABC.

Yesterday during a press conference, Turnbull announced that he was going to make changes to the Ministerial Code of Conduct, banning ministers from having sexual relations with staff. He also directly commented on Joyce’s affair with Campion, calling it “a shocking error of judgment.”

Joyce was angered by the comments and said that the PM did not need to make any more public comments about the affair as it was already public knowledge.

“All that is going to do is basically once more pull the scab off for everyone to have a look at,” Joyce said, reported the national broadcaster.

Despite this, Joyce said he would support the changes to the Ministerial Code of Conduct and will try to repair his relationship with the PM.

“I am intending to make sure that, like all relationships, this relationship gets back onto an even keel,” he said.

Many members of the National Party believe the PM’s comments were aimed at making Joyce resign.

Joyce said he had no intentions to resign and that the National Party dislikes being told what to do about its own leadership, reported the ABC.

Other National Party members were said to be fuming over the PM’s comments. One senior Liberal member described the PM’s announcement a “dangerous move,” reported the news station.

In response to Joyce’s outburst, the Prime Minister reassured him that he was not criticising the National Party but was standing by the comments he made about Joyce the previous day.

“There is no effort by me or anyone else in the Liberal Party to influence the National Party or its deliberations in any way at all, and there has been no criticism of the National Party whatsoever,” he said in a brief statement today at Launceston, Tasmania.

Turnbull said he has been in touch with Joyce but has not spoken to him directly, reported the news station. He refused to provide further comments on the saga with Joyce.