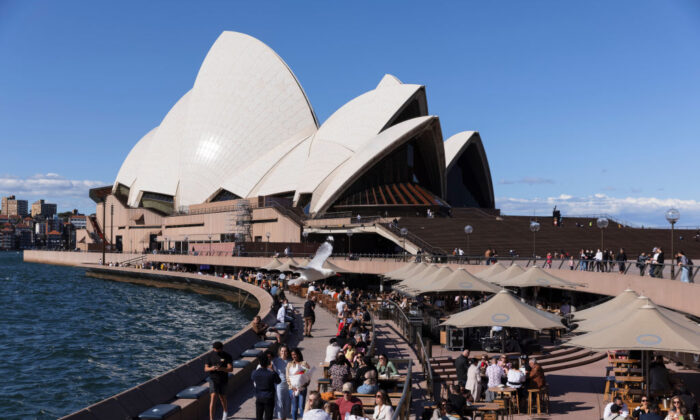 Baristas Offered $50 Per Hour as Sydney Bars Compete for Staff

Sydney bars and restaurants are competing fiercely for staff, with some employers offering baristas an hourly rate of $40 to $50 (US$29 to US$36).

The hospitality industry is in desperate need of labour after the New South Wales (NSW) lockdown was lifted.

This is because the industry is supported heavily by backpackers on holiday visas and international students, but they are not yet able to return due to border restrictions.

A proposal by the NSW opposition and the Restaurant and Catering Association would see a $250 bonus for working 10 days in 30, 3AW radio reported.

Wes Lambert, the CEO of Restaurant and Catering Australia, said many businesses have already started giving bonuses to their staff.

“We’ve heard of bonuses into the thousands of dollars,” he told 3AW. “We’ve heard of some businesses so desperate [they’re] paying servers, baristas, bartenders up to $40 to $50 per hour.”

That adds up to about $2,000 per week for working Thursday to Sunday.

Lambert further explained that businesses will face a hard time if the situation doesn’t improve soon.

“Thousands of businesses are reporting that they normally were open six to seven days a week, doing two or three meal periods, and are now only open four or five days a week doing one or two meal periods,” he said.

One Daily Telegraph reporter received over 10 job offers in just one hour, and another one was offered three while working in a Sydney bar.

“By posting in the popular Facebook group Sydney Bartender Exchange expressing my interest for work, I received 12 responses in under an hour from … with flexible rosters, immediate start, and generous hourly rates listed as very tempting incentives,” he wrote.

Some jobs do not even require work experience, background checks, or interviews, with free training offered.

“People from all over the State are lining up to get into pubs and clubs, and we want to support those businesses with enthusiastic and skilled staff,” NSW Premier Dominic Perrottet said.