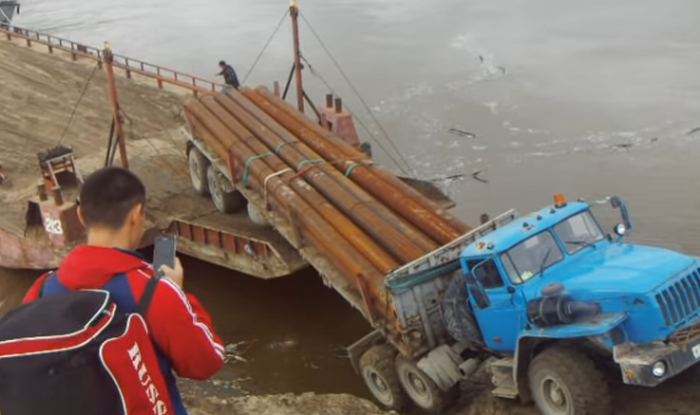 Straight from Russia, a truck carrying pipes attempted to load them onto a barge.

But it resulted in a spectacular failure.

The truck attempted to back up onto the barge, which inexplicably moved away from the dock as the truck was already on the bridge.

With several thunderous “thuds,” the metal bridge gives way, sending the truck and its load of pipes into the presumably cold water. The screams of frustrated and likely bewildered workers can be heard in the background.

The incident took place in Tobolsk town in Tyumen Oblast, located in Siberia.

Hopefully, the driver was OK.