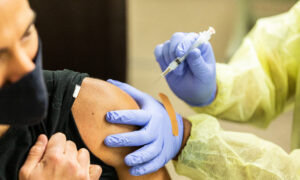 She was taken to Methodist Hospital in Houston, Texas, where she is expected to stay for a day or two for tests. Former President George H. W. Bush accompanied her to the hospital. "He's concerned, but has great faith in the doctors," said Jean Becker, chief of staff for the former president, reported the Los Angeles Times.

Mrs. Bush underwent open heart surgery last year and stayed in the hospital for nine days to recover. She also underwent surgery in 2008 for a perforated ulcer. While in the White House Mrs. Bush worked to improve literacy and has continued to champion the cause. She is one of only two women to be both wife and mother of U.S. presidents. The other was Abigail Adams.