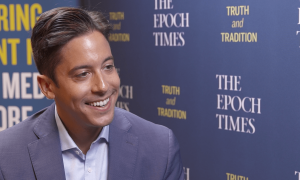 [TSAS Special] Michael Knowles: Leftist Control and the Decline of Culture and Language in America
0

Why Do Some Parents Opt Their Children Out of California Sex-Ed Programs?
0 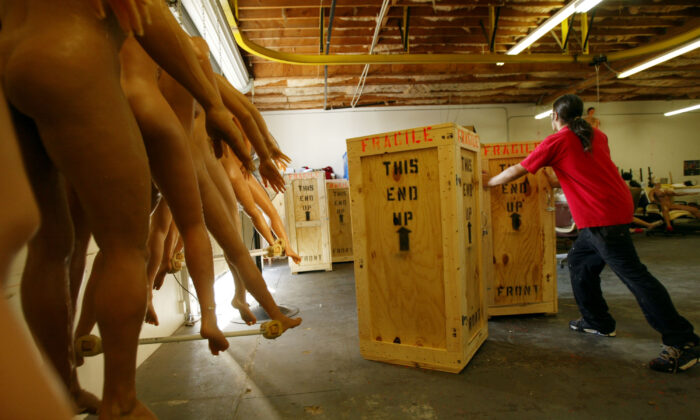 “Rise of the Sex Machines,” the latest book from Amazon best-selling author, lawyer, and radio talk show host Barak Lurie, looks into the hyper-sexualization of society, instant gratification culture, the trivialization of sex, promotion of non-traditional relationships, and how these issues are having a negative impact on male-female relations, marriages, and the family.

“I lost my husband to a sex robot,” the book’s description reads. “You’ll start hearing women saying those ominous words in the next 7 to 10 years. And when it happens, we’ll all ask: How did we get here?”

Lurie claims an extreme form of feminism as well as the shaming of masculinity in recent history has caused many men to abandon the idea of having a relationship with a woman, while women are taught to place career over family.

“It probably began in the early to mid-sixties when feminism began to take a much greater hold. In the beginning, it was a really great idea, but where things really started getting destructive is when the feminism movement said that ‘a woman needs a man like a fish needs a bicycle.’ That notion has been internalized by women and men alike,” he told The Epoch Times.

This can be seen in the rise of the “Men Going Their Own Way,” or MGTOW movement, an anti-feminist group of men that have given up on relationships with women in reaction to feminism and the #MeToo phenomenon, said Lurie.

“Young men look at sex as though it’s a minefield. It might be great, but it could blow up in your face. That’s their attitude,” Lurie said of the MGTOW movement.

Lurie also said that hookup apps and readily available pornography are a reflection of the 21st century’s instant-gratification culture.

“Tinder is simply meeting a demand. We live in an instant culture,” he said comparing it to Uber, mobile banking, and e-books. “Fewer and fewer men are interested in relationships, so the women have to chase these men, hoping that one day they will become relationship-oriented. That is the reason why Tinder is succeeding so well.”

Digital pornography has also become readily available via the internet and smartphones. It’s come to the point where some governments are considering placing restrictions on access to the explicit content, due to its accessibility to minors.

The UK recently attempted to implement a “robust” age verification system to prevent minors from accessing adult sites. The plan however, was abandoned in late 2019 amidst questions about effectiveness and privacy concerns.

In other counties, pornography is outright banned, such as South Korea, India, China, Ukraine, the Philippines, much of the Middle East, and large portions of Africa. Pornography is mostly unrestricted throughout the west, with certain extreme exceptions.

Increasing numbers of young men also experience sexual dysfunction in relationships “because they’ve wrecked their appetite with pornography,” Paula Hall, the chair for the Association of Sex Addiction and Compulsivity told the BBC in an interview.

‘Sex Doesn’t Belong to You’

Lurie said that the most impactful chapter in the book for him was titled “Sex Doesn’t Belong to You,” which discusses the notion that because sex occurs behind closed doors, it doesn’t affect the rest of society. Lurie argues in his book that it, in fact, does.

“The reality is that sex is everyone’s business. In fact, their sex becomes your business.”

Lurie cited an example from his book: If a young girl has sex with a boy and becomes pregnant and gives birth, the grandmother may have to take care of the baby, possibly having to quit her job or allocate more resources toward caring for the child if the young mother is unable to do so.

He also claims the normalization of traditional sexual taboos in society helped lead to the AIDS epidemic and marital affairs that have destroyed families.

“When I say sex doesn’t belong to you, we all have an obligation in our sexual worlds, whether we realize it or not. Only with a male and female can you hope for the prospect of developing the relationship,” he said. “It’s relationship driven, and there is the prospect of having children. If you do so, then you are taking care of a family, raising good kids, doing your part for civilization.”

“Those other people who are orgasm driven are doing nothing for civilization,” he continued. “They are only doing what they can for themselves. The level of intensity of sex is such that we dare not treat it lightly. We should treat it like plutonium,” he added.

Lurie clarified that Rise of the Sex Machines is not a call to ban Tinder or sex robots. “It’s about how sex robots and Tinder reflect who we are,” he said. His solution is to remind people of the value of traditional morality and religious-based teachings for society.

“What we are seeing in this world where we are abandoning relationships is precisely because we have trivialized God. The trivializing of sex is simply a symptom of the much larger trivialization of God. When you abandon God, it is inevitable that you pursue the quick thrill in everything that you do.”

Lurie lives with his wife Stacey and their children in Los Angeles. In addition to managing his law firm, he hosts a radio program, “The Barak Lurie Show” on the Salem Radio Network. He sits on the boards of numerous organizations, most notably PragerU and Stand With Us.