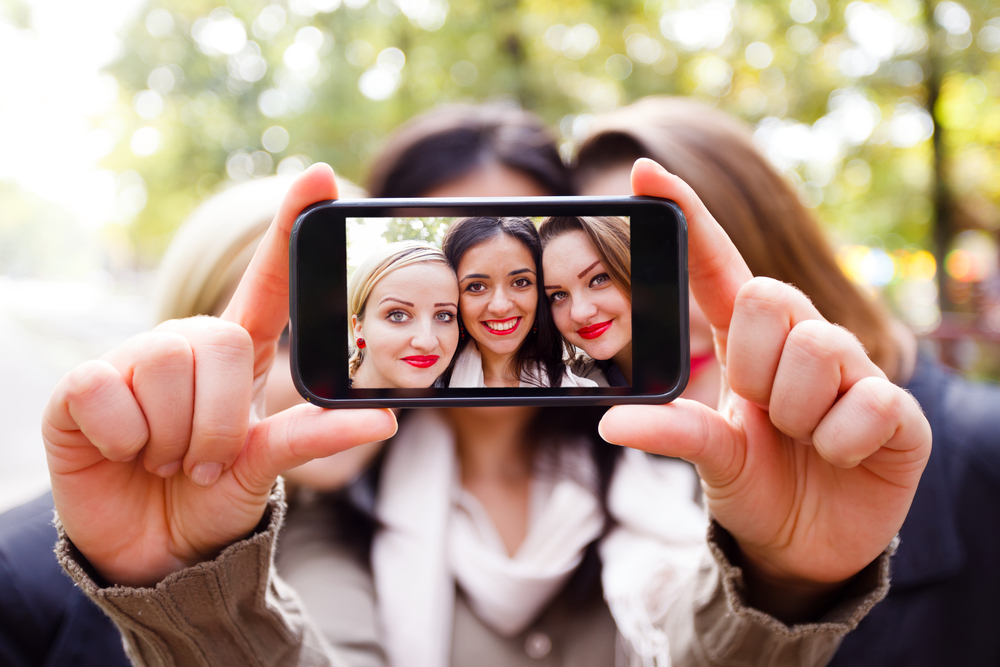 Recent research is shedding light on distortion to social media images, leading to more plastic surgery consultations, which might not be needed. (Shutterstock)
Australia

One of Australia’s highest profile psychologists has backed the move to restrict the use of mobile phones in school, saying it can restore students’ focus and foster a better classroom environment.

Michael Carr-Gregg, who is an adolescent and children psychologist and author of 14 books, said in an email sent to The Epoch Times that students and classes would benefit from being required to “switch off their phones and store them securely in lockers from the start of the school until the final bell.”

The only exceptions should be when students use phones to monitor health conditions, or where teachers instruct students to bring their phones for a particular classroom activity.

Parents and guardians can reach their child by contacting the school in the case of an emergency, he added.

“At all other times, phone should be in the lockers,” Carr-Gregg said.

“The lived experience of schools who have employed this approach is that it removes a major distraction from the classrooms, so that teachers can teach, and students can learn in a more focused, positive and supported environment.”

Carr-Gregg is the Commonwealth government representative on the Board of the Australian Children’s Television Foundation, an accredited trainer for Mental Health First Aid Australia, and a Community Ambassador for Smiling Mind. Some of his best-selling books on parenting include Surviving Adolescents, The Princess Bitchface Syndrome, Beyond Cyberbullying, and When to Really Worry.

The comment comes after an Australian high school saw a 90 percent reduction in behavioural issues, such as bullying, in just eight weeks after implementing a firm ban on mobile phones.

From the end of April, Davidson High School gave the students a lock-up phone pouch to store away their phones during the day. Principal David Rule said in the school newsletter that students are “being more active in their breaks with plenty of handball and basketball taking place.”

“In the library, I am witnessing card games, board games, and also groups of students sitting in circles and talking to each other.”

Meanwhile, Principal Glen Sawle of Wauchope Public School, the first school in Australia to trial the lock-up phone technology in 2019, noted that students are less distracted during the day on their social media.

“Studies have found that using social media more than three times a day predicted poor mental health and well-being in teens. Other studies also have observed links between high levels of social media use and depression or anxiety symptoms.”

Clinical experts have also warned that multitasking on phones, between different devices, and between phones and other tasks, can hamper our ability to think.

A 2009 Stanford study showed that heavy media multitaskers are more prone to interference from irrelevant environmental stimuli and from irrelevant representations in memory. This leads them to perform worse on a test of task-switching ability, likely caused by diminished ability to filter out interference, researchers found.

Child Mind Institute clinical neuropsychologist Matthew Cruger said in an interview in 2021 that “having multiple sources of technology at your fingertips and available at all times probably is almost a guarantee of a reduction in performance and productivity.”

“Kids will start a task, try to get the task done, but not take the time to travel along and figure out how to do the task best,” he added, noting that people without a disciplined routine of thinking and learning will have more difficulty improving their performance.

According to a 2021 research by review.org, Australian Gen Z (1997-2012) spend about 7.3 hours a day on the screen. This is higher than the average amount of time that Australians spend on their phone, which is 5.5 hours per day, equating to 16.6 years in a lifetime.

Nina Nguyen
Follow
Nina Nguyen is a reporter based in Sydney. She covers Australian news with a focus on social, cultural, and identity issues. She is fluent in Vietnamese. Contact her at nina.nguyen@epochtimes.com.au.
SHARE
Friends Read FreeCopyFacebookTweet
You May Also Like