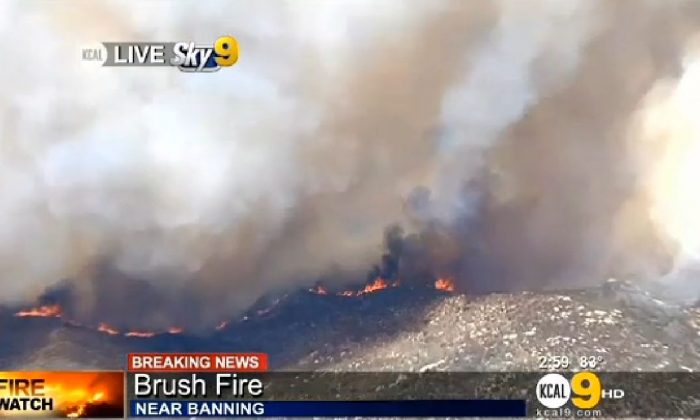 A screenshot of CBS Los Angeles shows the fire.
US

The fire was burning near Highway 243 and it was later closed down.

The Riverside County Fire Department said on its website that the fire burned 2,500 acres in an hour and at a “critical rate.” It also ordered mandatory evacuations for nearby communities of Poppet Flats, Silent Valley, and Twin Pines, setting up an evacuation area at the Hemet High School.

ABC reported that the fire was burning close to Poppet Flats Road.

The fire had burned 300 acres as of 3:15 p.m. in only an hour, said the Riverside County Fire Department. The department did not elaborate on how much was contained.

At least 450 firefighters, 51 engine companies, and air support were called in.

The wildfire is located around 20 miles north-northwest of where the recent Mountain Fire started, according to NBC.