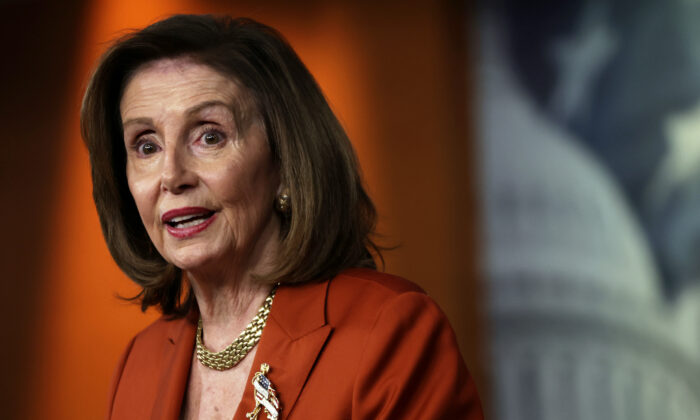 Over a month after being denied communion in her home city of San Francisco, House Speaker Nancy Pelosi has received communion on Wednesday at a Mass with Pope Francis in Rome.

The California Democrat, who is visiting Rome on a family vacation, was spotted during the official livestream of Pope Francis’ Mass for the Solemnity of Saints Peter and Paul in St. Peter’s Basilica.

It was not immediately clear if the Pope was aware of Pelosi’s presence. According to the U.S. Embassy to the Holy See, the Pope holds a General Audience every Wednesday, and the tickets are always open to the public and free of charge, meaning that anyone with a ticket may receive communion at this particular event.

Pelosi’s attendance of the papal Mass comes more than a month after Archbishop Salvatore Cordileone of San Francisco decided not to admit her to communion because of her active advocacy for abortion.

Cordileone notified Pelosi, a self-described “devout Catholic,” of his decision on May 19. He explained the ban in a letter sent the day after to the administrators and lay worshipers within the Archdiocese of San Francisco.

“A Catholic legislator who supports procured abortion, after knowing the teaching of the Church, commits a manifestly grave sin which is a cause of most serious scandal to others,” Cordileone wrote in the message to Pelosi. “Therefore, universal Church law provides that such persons ‘are not to be admitted to Holy Communion.'”

Cordileone said Pelosi had never responded to his “many requests” to talk with her about her attempt to codify the U.S. Supreme Court’s 1973 Roe v. Wade decision in federal law. The decision, which legalized abortion at a federal level over the past decades, is no longer valid.

“As you have not publically repudiated your position on abortion, and continue to refer to your Catholic faith in justifying your position and to receive Holy Communion, that time has now come,” the archbishop wrote, noting that the speaker may only be admitted to communion again until she “publicly repudiate[s]” her pro-abortion advocacy and “confess[es] and receive[s] absolution of this grave sin in the sacrament of Penance.”

Pelosi has since maintained her stance on what she calls “privacy rights” and “freedom of reproductive health.” After the June 24 ruling that overturned Roe and handed the question of abortion access back to individual states, Pelosi denounced the high court’s conservative majority as “extremists” who work to “punish and control the American people.”

“Democrats must continue our fight to expand freedom in America. Doing so is foundational to our oath of office and our fidelity to the Constitution,” she said in a message to her fellow Democrat members of Congress.

Pelosi met with Pope Francis last October, when she traveled to Italy to deliver the keynote address at the opening session of the G20 Parliamentary Speakers’ Summit. She also met with Italian Prime Minister Mario Draghi.