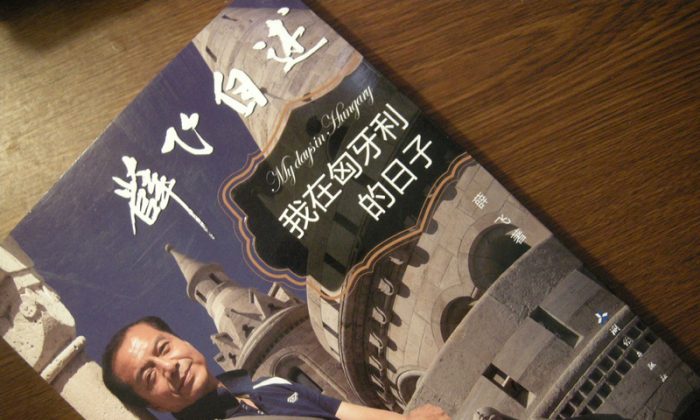 Former China Central Television (CCTV) news anchor, Xue Fei, banned from appearances since the night of June 4, 1989 when he wore all black while reporting on the Tiananmen Square Massacre, has returned.

In a tell-all book, “My Days in Hungary,” Xue explains what really happened after that fateful day when he openly mourned and criticized the student massacre on the evening news.

On June 4, 1989, Chinese television audiences saw an unforgettable broadcast. During the 7 pm CCTV daily news, Xue and his female co-anchor, Du Xian—also in black—reported on the events of the day. Du spoke very slowly and in a crying voice, almost sobbing, as she reported on the killing and suppression of the students by the PLA army on Tiananmen Square. Xue’s expression was sad and angry. Du concluded her report with, “Remember this black day!”

It was obviously not an official statement from the communist party-controlled CCTV. Their news report received national attention, resulting in immediate transfers to secluded desk jobs, preventing them from appearing in public.

In his new job as an editor, Xue was forced to use a pen name, “Bai Mo.” Eventually, he was even prohibited from going to other regions on assignment for fear that he may flee.

Although he had never thought about going abroad before, Xue realized that he must leave the country.

Xue moved to Hungary and tried to build a new career, first by selling goods on the street. After many hardships, Xue returned to China in 2001, and tried to make a living teaching classes in television broadcasting.

These personal difficulties and his experience of Tiananmen Square are revealed in his more than 200,000 character autobiography. “My Days in Hungary,” published by SinaMaps Press, is in bookstores and selling since last month.

The publisher, a central government level publishing house, introduced Xue’s book on their official website, leaving out his anchor days at CCTV, especially his much publicized criticism of the Tiananmen Massacre, which is still a taboo topic in China today. Instead, the introduction touches on Xue’s decision to leave CCTV stating: “Xue Fei was a well-known CCTV anchor in the early 1990’s who quit his anchor position to seek other career opportunities in Hungary, disappearing for more than 10 years.”

To avoid controversy, other mainland websites also did not mention of Xue’s Tiananmen Massacre protest by merely reposting the publisher’s website introduction.

Xue is now in good company as many think tank members from what has been dubbed the “Zhao Ziyang Era,” after the then general communist party chief who opposed the Tiananmen massacre, have recently returned to the limelight.

According to some insiders, current party head Xi Jinping plans to help these former June 4 student movement supporters to go back to work. By 2017 Xi “may start to take some action,” said Lam. Lam said in his estimate there is less than a 50 percent chance of it actually happening.

Translation by Fenny Li. Written in English by Arleen Richards and Gisela Sommer.