A trade group calls the attempt an ‘overreach,’ saying it would make U.S. banks ‘police force for the IRS’ 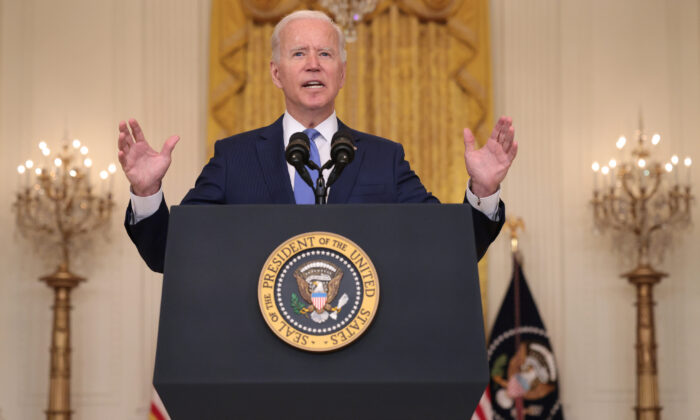 President Joe Biden speaks during an event in the East Room of the White House in Washington, D.C., on Sept. 16, 2021. (Win McNamee/Getty Images)
By Emel Akan