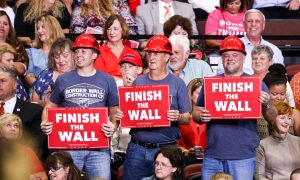 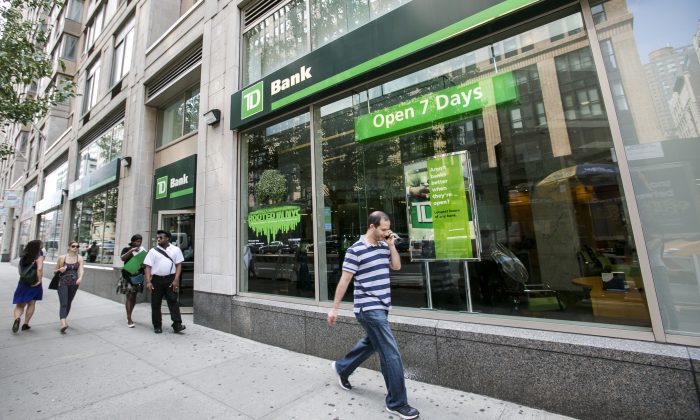 With the partial government shutdown well into its third week, banks are offering help to customers who are facing financial hardship as a result, earning praise from the Trump administration.

About 420,000 people are working without pay and another 380,000 were furloughed as of Dec. 22, 2018, after congressional Democrats and President Donald Trump couldn’t reach an agreement on border security funding. The impasse prevented the passage of a bill that would provide funding for nine federal departments and several smaller agencies.

The affected employees, some 15 percent of the federal workforce, received their last paycheck Dec. 28, according to Acting White House Chief of Staff Mick Mulvaney. The employees are slated to miss their Jan. 11 paycheck, he said.

Aside from the employees, the shutdown has also hit contractors and vendors who do business with the affected agencies.

On Jan. 8, Treasury Secretary Steven Mnuchin commended mortgage providers and other financial institutions for assisting people affected by the shutdown.

“We applaud the actions of mortgage lenders, mortgage servicers, and other financial institutions, including Fannie Mae and Freddie Mac, that are taking steps to assist individuals experiencing temporary financial difficulties due to the government shutdown,” Mnuchin said in a release. “The Administration is committed to doing all that we can, consistent with the law, to alleviate the effects of the shutdown.”

Freddie Mac and Fannie Mae, the government-controlled guarantors of mortgages, are not government agencies themselves and thus remain open during shutdowns.

In a Dec. 26 letter to lenders (pdf), Fannie Mae told mortgage providers they can offer forbearance, meaning temporarily lowering or stopping mortgage payments “to assist borrowers who are unable to make their monthly mortgage loan payment as a result of the shutdown.”

Freddie Mac sent out a bulletin with similar guidance on Jan. 3 (pdf).

At least some major private banks have also extended help to those affected.

Chase bank will automatically waive or refund overdraft and monthly service fees on checking and savings accounts for employees who had their November salary direct-deposited into the account from a federal agency affected by the shutdown.

The bank also helps its borrowing customers on a case-by-case basis to protect them from the negative consequences of missing payments, such as late fees or reporting a late payment to a credit bureau. Those customers need to contact the bank, a spokesman said in an email.

“We’re here for our government worker customers whose pay may be disrupted,” said Thasunda Duckett, chief executive of Consumer Banking at Chase, in a Dec. 22 statement. “We all hope this will be resolved soon.”

TD Bank also offers assistance to federal employees impacted by the shutdown. They may be eligible for a fees waiver on checking account overdrafts of up to $1,000, late fee refunds on their TD Bank credit cards, and short-term loan assistance. Customers should call the bank to get more information, a spokesman said.

“The partial government shutdown has created concern and uncertainty for some of our customers, and TD is here to help,” said Jason Thacker, Head of U.S. Consumer Deposits and Payments at TD Bank, in an emailed statement.

Citibank generally offers relief measures for people in financial hardship that include fee and interest adjustments, as well as short-term forbearance and repayment plans and/or loan modifications for mortgages, spokesman Drew Benson said via email.

“We encourage any customers affected by the shutdown to contact us if they need assistance,” he said.

Bank of America is offering several forms of relief, including fee refunds, waivers, repayment plans, and loan modifications, spokesman Lawrence Grayson said in a call. “We will work with our clients on a case by case basis to help address their financial needs,” he said, encouraging the customers affected by the shutdown to call.

“During the shutdown, Wells Fargo will be automatically reversing monthly service and overdraft/non-sufficient fund fees for a customer who is an employee of an affected federal government agency and whose payroll check was direct deposited into the customer’s account in November 2018. In addition, we will work with customers who do not have direct deposit or are not receiving an automatic fee reversal on an individual basis to assist them,” spokeswoman Ann Wasik said via email. “For customers who are having difficulties making their loan payments, we also can work with them to identify short- or long-term assistance options that may be available to help them get through this difficult time.”

Correction: A previous version of this report incorrectly stated that TD Bank offered fees waiver on checking account overdrafts of up to $1,000 per month. The offer is indeed extended to federal employees impacted by the government shutdown, but not on a monthly basis. The Epoch Times regrets the mistake.

Update: The article has been updated with a response from Wells Fargo.