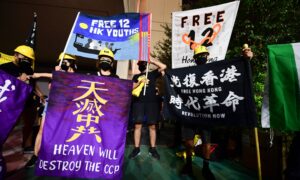 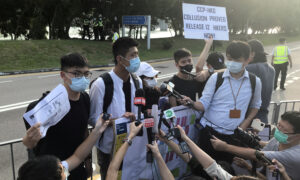 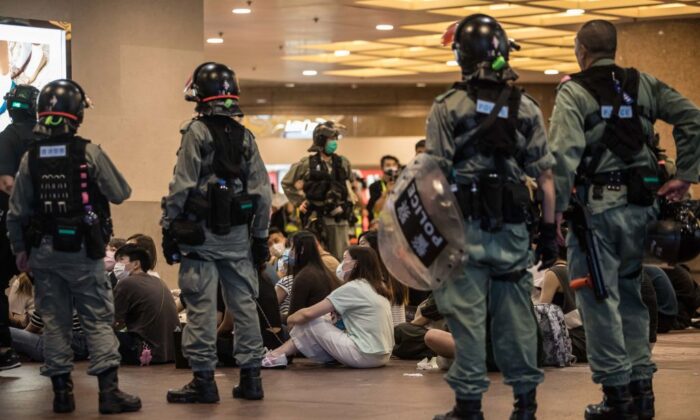 The State Department is warning international financial institutions that they may soon face U.S. sanctions for doing business with officials who undermine Hong Kong’s autonomy and freedoms.

In an Oct. 14 report to Congress, mandated by the Hong Kong Autonomy Act that was signed into law in July by President Donald Trump, the department identified 10 individuals, including Hong Kong leader Carrie Lam, whose actions have “undermined freedoms of assembly, speech, press, or the rule of law.”

The law allows the president to place sanctions on such officials and firms that transact with them—such as restrictions on loans from U.S. financial institutions and prohibitions on property and banking transactions.

Now, the U.S. Treasury Department has 60 days to submit a report to Congress identifying “any foreign financial institutions that knowingly conduct a significant transaction with the foreign persons” listed in the State Department report.

Financial institutions will then have 30 days after being named in the Treasury report to “wind down” their businesses with the 10 individuals, or else face U.S. sanctions.

“The release of this report underscores our ongoing objection to Beijing’s actions that are intentionally designed to erode the freedoms of the people of Hong Kong and impose the CCP’s oppressive policies,” State Department spokesperson Morgan Ortagus said in an Oct. 14 statement.

The Chinese Communist Party (CCP) promised to guarantee basic freedoms to Hongkongers when it signed the Sino-British Joint Declaration, a legally binding international treaty, in 1984, paving the way for Hong Kong to be handed back to China from British rule in 1997.

Under the treaty, people in Hong Kong would enjoy autonomy and freedoms not available in mainland China, under a governance framework called “one country, two systems.” Such governance was subsequently written into Hong Kong’s mini-constitution, known as the Basic Law.

The State Department report highlights the erosion of freedoms following Beijing’s implementation of the national security law, which punishes vaguely defined crimes such as succession and subversion with a maximum penalty of life imprisonment. The law went into effect on June 30.

The 10 individuals are also identified on a sanctions list compiled by the Treasury Department in early August, which ordered the freezing of their U.S. assets. The August sanctions were implemented to fulfill a July executive order that ended Hong Kong’s preferential treatment by the United States, after the Trump administration deemed the territory no longer sufficiently autonomous from the mainland.

Hong Kong police have been heavily criticized by international rights groups and Hongkongers for their violent response to protesters, who gathered for massive street demonstrations beginning in June 2019 to resist Beijing’s encroachment on local affairs.

Others named in the State Department report are the city’s Secretary for Security John Lee; current police Commissioner Chris Tang; and Zhang Yanxiong, who heads the Office for Safeguarding National Security in Hong Kong, which was created to enforce the national security law.

Two London-based banks, HSBC and Standard Chartered, came under scrutiny after they publicly voiced support for the national security law in early June, when Beijing first announced its plans to enact the regulations.

Secretary of State Mike Pompeo criticized HSBC for assisting the CCP’s “coercive bully tactics” in a statement on June 9.

“The CCP’s browbeating of HSBC, in particular, should serve as a cautionary tale,” Pompeo said, adding that the “show of fealty seems to have earned HSBC little respect in Beijing, which continues to use the bank’s business in China as political leverage against London.”

HSBC Chairman Mark Tucker had warned London against a UK ban on network equipment made by Chinese tech giant Huawei, saying that the bank would face reprisals in China, according to a June 6 article by The Daily Telegraph. The UK went ahead with the ban anyway.