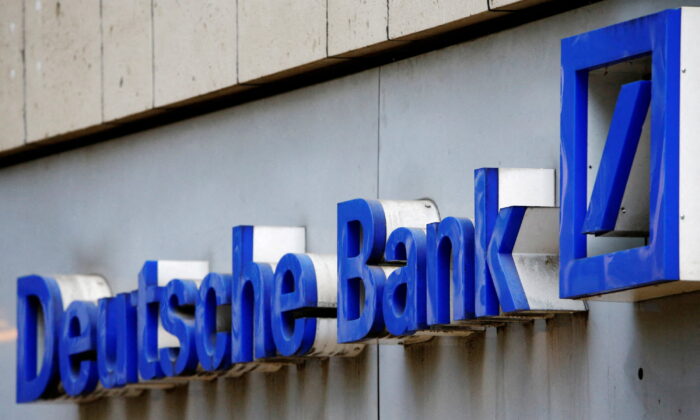 A logo of a branch of Germany's Deutsche Bank is seen in Cologne, Germany, on July 18, 2016. REUTERS/Wolfgang Rattay
World

Five international banks asked a judge on June 1 to dismiss a class-action lawsuit accusing them of aiding and abetting terrorist organizations in Afghanistan, receiving an immediate response from plaintiffs seeking to have the banks’ motions denied.

U.S. terrorism victims and their family members sued the banks—Deutsche Bank, Standard Chartered Bank, Danske Bank, Placid Express, and Wall Street Exchange—last August, alleging that they allowed al-Qaeda and the Haqqani Network to secretly move funds and avoid regulatory scrutiny. According to the lawsuit, the terrorist networks used the banks to fund the creation of fertilizer bombs, which were used to attack Americans in Afghanistan.

“Defendants aided and abetted and knowingly provided substantial assistance to al-Qaeda and the Taliban, including its Haqqani Network … by providing essential U.S. dollar-related financial services to al-Qaeda and Taliban, including Haqqani Network, agents, operatives, and fronts to facilitate the repatriation of millions in overseas,” states the lawsuit, filed by U.S. citizens (or their families) who were wounded or killed in Afghanistan between 2011 and 2016.

The lawsuit is particularly critical of Deutsche Bank.

“Even against the depraved conduct exhibited by the other defendants in this case, Deutsche Bank’s stands out,” the lawsuit said, accusing the institution of working with the Russian Mafia in a narco-terrorism scheme.

On June 1, each bank filed a motion to dismiss. Deutsche Bank said in its motion that the 600-page complaint had “gaping holes” and failed to state a claim against it.

“Plaintiffs offer little more than threadbare allegations that money moving through Deutsche Bank customer accounts supposedly made its way to terrorist organizations. Plaintiffs do not allege that the Deutsche Bank Defendants were aware of or encouraged any attack … or that the bank ‘knew or intended’ that the terrorists would receive the funds,” Deutsche Bank said in its motion.

The bank called the terrorist attacks “abhorrent,” but denied all responsibility for them.

Deutsche Bank also argued that the plaintiffs haven’t even proven that al-Qaeda and Taliban were responsible for the specific terrorist attacks cited in their complaint—“despite its excessive length.”

“For example, at one point, Plaintiffs allege that al-Qaeda and its affiliates were solely responsible for authorizing, planning, and committing the attacks. Elsewhere Plaintiffs claim that ‘each of the acts of international terrorism described below was committed by the Taliban, including its Haqqani Network, or jointly committed by the Taliban and al-Qaeda,’” Deutsche Bank said.

The other banks filed their own motions making similar arguments.

Plaintiffs immediately responded to the banks’ motion to dismiss, telling a federal judge the same day that the motion should be denied. The plaintiffs reiterated many of their allegations, criticizing the banks for claiming they didn’t know that doing business with terrorist organizations would result in terrorism.

“The only question left is whether terrorist violence was a foreseeable risk of the illicit transactions [the banks] undertook. The answer is ‘yes.’ As courts have recognized, there is no serious dispute that money laundering and terrorism are not mutually exclusive,” the plaintiffs argued in their June 1 response. “It has been widely acknowledged that they can go hand in hand, as one certainly can be used to fund the other.”

U.S. District Judge Hector Gonzalez, who is presiding over the matter, has yet to schedule a court hearing for the banks’ motions.